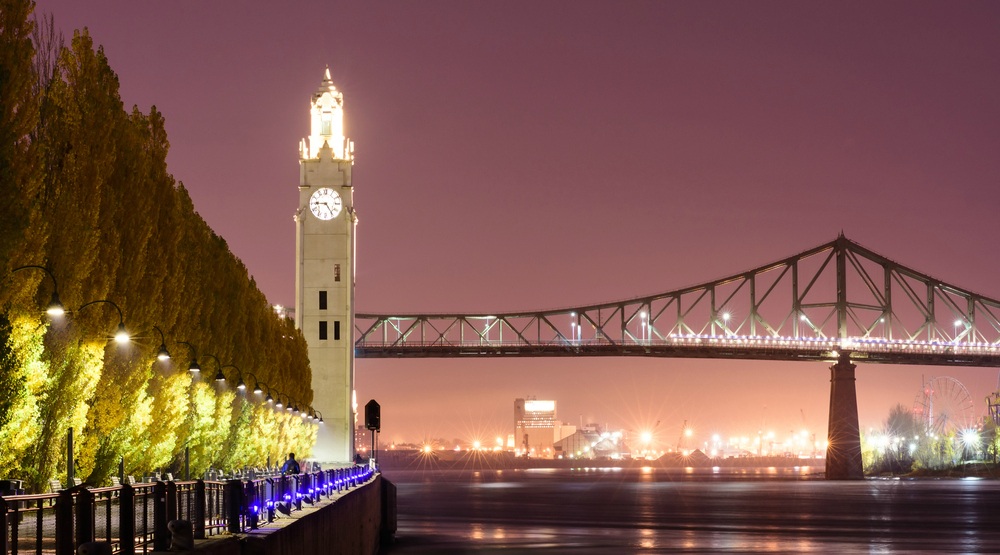 From a slew of Christmas markets and fairs to live theatre, here is everything you need on your social calendar today.

An international event, The Grand Balcony, inspired by Jean Genet’s The Balcon, is a major exhibition comprised of 150 works of art created by 50 artists across the globe. For a sneak peek of what to expect, one of the exhibit’s featured artists is Kerry James Marshall, an American artist whose work explores the representations of African Americans in society, culture, and art history. He created portraits, interiors, nudes, and landscapes for The Grand Balcony.
When: Until January 15, 2017
Where: Montreal Museum of Fine Arts

There are plenty of reasons to visit Little Italy’s Bottega Pizzeria, however, we must admit that the main one is for the Nutella Pizza. Sure, they offer mouthwatering Napoli-style pizzas, but they also offer a Nutella pizza that literally combines two of the best things on the planet. Seriously, how could someone resist that? The Nutella Pizza is just $12 and is recommended for two people (though we promise we won’t judge if you fly solo).
When: Sunday, Tuesday, and Wednesday 5pm-10pm, Thursday and Friday 11:30 am-2:30 pm, 5 pm-11 pm, Saturday 5 pm-11 pm
Where: 65 Rue Saint-Zotique E

2016 marks the arrival of Montreal’s first ever Christmas-themed bar. The pop-up bar, titled Miracle Montreal, is in town for just one month. Spreading joy through Christmas-flavoured cocktails and music, you won’t be able to resist stopping here for a drink in December. Miracle Montreal will have everything from jingle bell nog and Santa-quila to a Christmapolitan and a Snowball Old Fashioned. In addition to festive cocktails, they will have fun giveaways throughout the month courtesy of their on-site advent calendar. The bar will be set up in the Latin Quarter starting December 1st. Grab a drink and toast to the holidays!
When: December 1-31 (they’re even open Christmas Day!), 3pm-3am
Where: 323 Ontario Est

Each year, the Centaur Theatre puts on a special Christmas-themed show just for adults, and this year is no exception. Titled, “Urban Tales X – An Undead Xmas,” the 2016 show promises to be just as bizarre and entertaining as ever. Divided into six parts, each performance will tell a satirical story about what the holidays are like from an adult’s perspective. It sounds hilariously relatable.
When: December 8-17
Where: Centaur Theatre, 453 Rue Saint-François-Xavier

In honour of Montreal’s 375th anniversary, the city is launching a variety show this December. The must-watch television program, airing December 11th at 8pm, will discuss the city’s planned birthday festivities. In addition, there will be an array of performers on hand to dazzle viewers and pay tribute to Montreal through music, comedy, and dance.
When: December 11, 8 pm
Where: Anywhere

Celebrate Chanukah through song! The Segal Centre is hosting a Chanukah sing-along to celebrate the holiday this year. The event, titled Lyrics & Latkes, will feature songs in Yiddish, Hebrew, and English, with English translations. Hosted by the Dora Wasserman Yiddish Theatre (DWYT), a branch of the Segal Centre, this event is one not to miss! Get ready to tap your feet and belt out the lyrics to your favourite songs, alongside the DWYT singers. The event will take place on December 11th, with new performances, one at 2 pm and one at 7 pm.
When: December 11, 2 pm and 7 pm
Where: The Segal Centre for Performing Arts, 5170 Chemin de la Côte-Sainte-Catherine

Take your date on an enchanting snowshoeing tour through the trees of the Morgan Arboretum. The 5km trail starts from behind the Arboretum’s Pine Cottage and takes you all around the centre’s grounds. Prepare for a day of snow-filled fun. Snowshoe rentals cost $7. Alternatively, if you’d love to snowshoe closer to the downtown core, snowshoeing is possible on Mount Royal and snowshoes can be rented from the Beaver Lake Pavilion.
When: December 2016-March 2017
Where: Morgan Arboretum, 150 Ch des Pins, Sainte-Anne-de-Bellevue

December is the month to have a one-on-one chat with Santa Claus himself. Whether you want to take a goofy Christmas picture with your friends, or your kids are dying to see the big man in red for themselves, there are plenty of spots to meet Santa in Montreal. From Carrefour Laval to Place Emilie Gamelin, check out this handy guide to meeting Santa in December.
When: Anytime
Where: Various locations

Have breakfast with Santa

Pancakes, coffee, and Santa? Sounds pretty great to use. Enjoy breakfast with Santa on any one of several dates throughout December. Provigo, Maison Ogilvy, Montreal West Town Hall, and more are hosting breakfast with Santa events for the whole family to enjoy.
When: Anytime
Where: Various locations