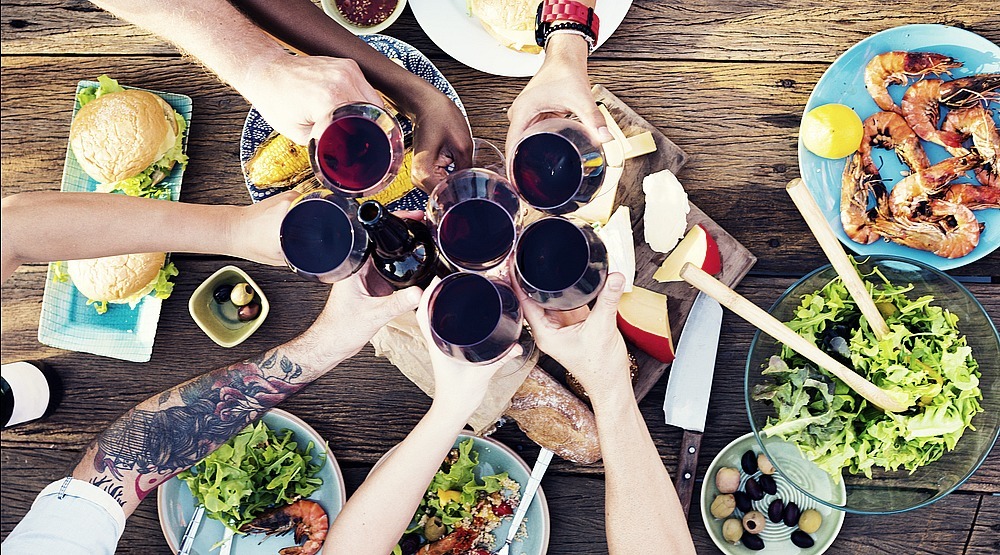 From extreme sports to country music, you have plenty of options for how to spend the weekend.

Be a part of history! You’re invited to join thousands of people around the world for the 5th annual Yogathon – the largest global Yogathon ever.
Saturday, August 20 is the day to connect with your inner yogi, whether you are a novice, experienced, or merely curious: all you need is a Yoga mat and a benevolent spirit. Participants are challenged to execute 108 sun salutations in a large gathering of fellow participants, and join a global movement for education and change. In collaboration with the McCord Museum, the event is being held at the museum’s Urban Forest in downtown Montreal.
When: Saturday, August 20 from 9:30 am to 1 pm
Where: McCord Museum, 690 Rue Sherbrooke O, Montreal

Montreal Country Festival is one of the most recent music festival in Montreal, with only 3 years of existence but it doesn’t prevent 7000 people every year to attend this unique Country Festival in Old Montreal. Get ready to line dance, Shania Twain and Garth Brooks cover bands, and more. With an outdoor stage and an indoor stage, rain or shine make sure to get your cowboy boots ready.
When: August 19 to August 21
Where: Quai de l’Horloge

Your favourite pop-punk rockers will be playing all the classics from your green-haired days! This is the perfect time to get your friends and remisnice about the good old skateboarding and drinking 40s out of paper bags days.
When: August 20
Where: Centre Bell, 1909 Avenue des Canadiens-de-Montreal

Jackalope is the largest action sports event in Canada. The 5th edition is slated to take place on August 19 to 21, 2016 at the Sun Life Financial Esplanade at Montreal’s Olympic Park. It’s the event of the year for adrenaline junkies who come to enjoy a variety of events and activities, including initiations, demonstrations and international-caliber competitions. Events include World Cup Skateboarding for men and women, international base jump competition, and the first annual Montreal waterfight, Montreal’s biggest water gun fight ever!
When: August 19 to August 21
Where: Montreal Olympic Park, 4141 Pierre-De Coubertin, Montreal,

Are you a fashionista? Then you can’t miss Montreal’s Fashion and Design Festival. There will be pop up shops, unconventional fashion shows, and special talks from some of the biggest designers in the biz. Head to Quartier des Spectacles this August for some fashion inspiration.
When: August 15 to 20
Where: Quartier des Spectacles

Get ready for live music, food trucks, and amazing merchants across 7 blocks of Monkland Ave. This is Montreal’s biggest block party so come celebrate the end of the season with MVP Montreal and the most delicious food and music festival in town!
When: August 19 to August 21
Where: 5654 Monkland Avenue, Montreal

Register for the largest gathering of roller skaters in Canada! Whether you want to just have fun, push your limits, or contribute to the community, 24hrs Inline Montreal will be a blast. As a solo, duo, or part of a team of 3 to 10 skaters, you will relay at your own speed, on a 4.3 km track.
When: August 20 and August 21
Where: Circuit Gilles-Villeneuve

It’s your last day to sit back and enjoy the Olympics! Montreal has designated screening areas around the city allowing Montrealers to support all the Canadian athletes participating in the 2016 summer Olympics. If you don’t feel like watching at home, be sure to hit up the following locations: Le 1000, Place Montreal Trust, Tour Deloitte, CF Carrefour Laval, and Centre de Commerce mondial Montreal. For more information on viewing sites, click here.
When: Until August 21
Where: Various locations

Quebec’s most gorgeous summer festival is back. Though technically not in Montreal, Saint-Jean-sur-Richelieu is so close that it’s an easy trip for Montrealers to take – and believe me, it’s worth it. With tons of live music, an inflatable park, yummy food trucks, and of course, plenty of air balloons, the International Balloon Festival is not to be missed.
When: August 13 to August 21
Where: 5 Chemin de l’Aéroport

A photo posted by Piknic Électronik Montreal (@piknicelectronikmtl) on Aug 10, 2016 at 10:45am PDT

This is your last chance to visit the Pompeii Exhibit at the Montreal Museum of Fine Arts. On display until September 5th, a visit to this special exhibit will showcase “the splendor and opulence of Pompeii in a spectacular exhibition that features over 220 archaeological artifacts in a unique multisensorial environment.” Reviews have been incredible, so be sure to see it before it’s gone!
When: Any day of the week, until September 5th
Where: Montreal Museum of Fine Arts

As summer comes to a close, now is the time to visit Montreal’s most beloved amusement park. Sure, you may have to deal with crowds, but there’s nothing like going to La Ronde in the height of the summer. With the hot sun on your face, it just makes going on Le Splash that much more satisfying.
When: Any day of the week
Where: 22 Chemin MacDonald