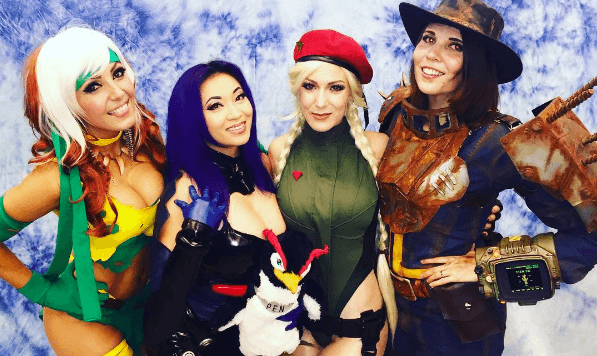 Montrealers attended by the thousands at the annual Comiccon this weekend.

The 8th edition of Montreal Comiccon took place at Palais des congrès, and received a record attendance of 56,000 attendees, brought together by their shared passion for pop culture.

As per the norm, thousands of cosplayers dressed up for the event, impersonating a galaxy of characters like Wolverine; Cinderella’s evil step sisters; a universe of Star Wars icons; Deadpool; and Harley Quinn, just to name a few.

Notable cosplay girl Jessica Nigri was on hand as well.

A photo posted by Pierre-Alexandre Gagné (@pierrealexandregagne) on Jul 11, 2016 at 9:18am PDT

As I advance towards the Light I have Bounty Hunters to the left of me, Stormtroopers to the right and the Darkside follows close behind… #montrealcomiccon2016

This is the kind of greeting you get at the BioWare booth. #MontrealComicCon

Awsome. Tag the name if you know her please #cosplayer#cosplay#comiccon#mtlcomiccon#mtlcc#montrealcomiccon#montreal#awsome

The weekend was filled with great moments, including Montreal Mayor Denis Coderre launched the festivities Friday afternoon with a jovial ribbon-cutting ceremony. His presence did not go unnoticed, as a multitude of fans approached him to shake hands and take photographs.