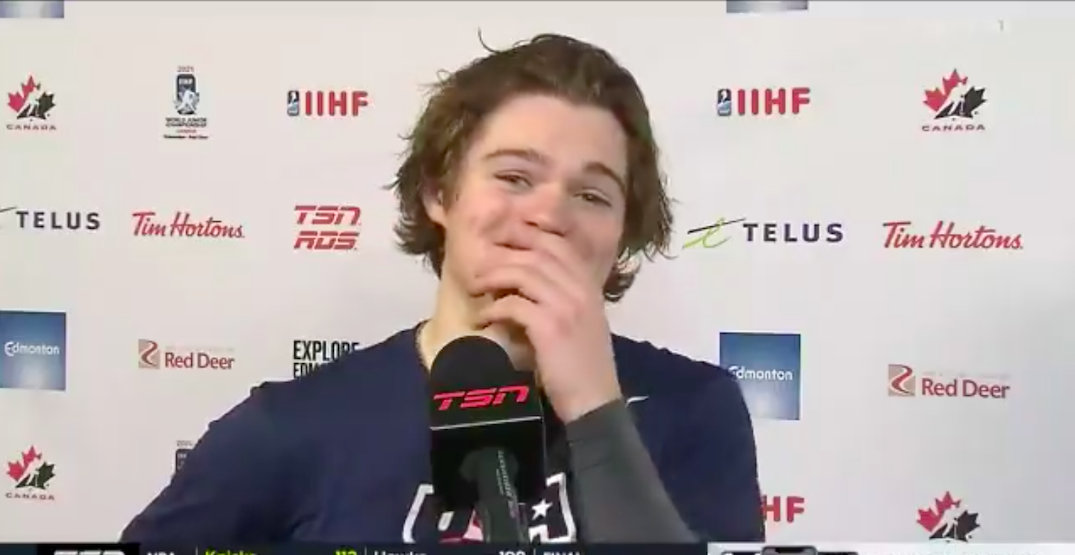 This story will turn some heads.

After USA defeated Finland in their semi-final game on Monday, American forward and Montreal Canadiens prospect Cole Caufield had an interview to do with TSN.

Caufield talked about what the team needs to do as they prepare for Canada in the gold medal game, when he accidentally let slip an F-bomb.

The look on his face when he realizes what he said is hilarious, and he immediately goes on to apologize. He also looks over to the side where other people seem to be enjoying his mess up as much as he is, which you can hear in the clip.

Caufield asks to have that part cut out, but come on, it’s way too funny to cut.

At the end of the video, the 20-year-old tries to keep going on with his answer as if he can move past his swearing quickly and hope that not too many people noticed.

Caufield was living in the moment, and his reaction is so wholesome that it just seems to put a smile on someone’s face. The American forward is looking ahead to the team’s big showdown with Canada, aiming to win a gold medal after scoring five points in six games.