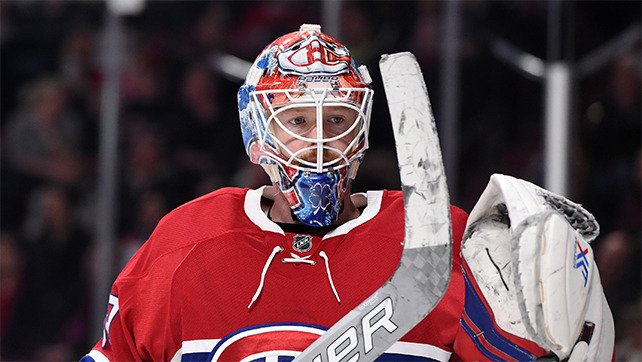 Carey Price is the best goalie in the world, but when he is hurt that doesn’t mean much. As we saw this season, the Canadiens aren’t same team without him in the lineup. Any team that loses their number one tender tends to suffer, however the Canadiens didn’t have a reliable backup goaltender, and that hurt the team down the stretch.

Since the Halak/Price fiasco at the end of the 2009-10 season, the team has had trouble keeping a reliable backup. Peter Budaj provided some good goaltending for three seasons. However his relationship with the team was damaged when head coach Michel Therrien opted to start Dustin Tokarski over Budaj when Price was injured in the 2014 conference final versus the New York Rangers. Before the following season started, Budaj was traded to the Winnipeg Jets, handing the backup position to Tokarski.

Tokarski was riding the hype of his performance in the conference final, however, Habs management and fans would soon notice that his play in the previous year was a flash in the pan. The next year Tokarski and Mike Condon battled in training camp and preseason for the spot, with Condon winning the job.

When Price was injured this year, Condon started off well with a record of 9-2-3.

ICYMI, Mike Condon had a great start to his career last night.

But, that’s when it started going all downhill both for the team and Condon. He had seven losses in a row, and was pulled in one of the games where he let in one goal on four shots.

An attempt was made to help Condon when Canadiens general manager Marc Bergevin, traded Zach Kassian for Ben Scrivens, but even Scrivens could not provide the goaltending the Habs so desperately needed.

Coming into next season, the backup position is up for grabs again, between Condon and Charlie Lindgren, with goalie prospect Zachary Fucale as the darkhorse candidate. If Price is healthy all year, those goalies will suffice, but it still doesn’t address the issue that the Canadiens do not have depth at goaltending. Not having Price is net caused the Canadiens to suffer and the coach and team could not adapt, leading to the collapse they faced over the season.

Having a reliable backup goalie to keep the team afloat in case of a Price injury could make the difference between making the playoffs and missing them.

The market for goalies is a buyers market, but it might be too early to make a move. The expansion draft is rumoured to be happening at the end of next season, and the Habs can easily lose any goalie traded for this season. No name stands out in this year’s free agency, leaving management looking to their prospects. Currently they are the aforementioned Fucale, and Lindgren, but they’re still a couple years from being NHLers, especially as goalies take longer to develop.

Is it a glaring issue for the team? No. Everyone knows that the Habs need a top-six winger. However it’s something that management should be looking at to fix for the near future.