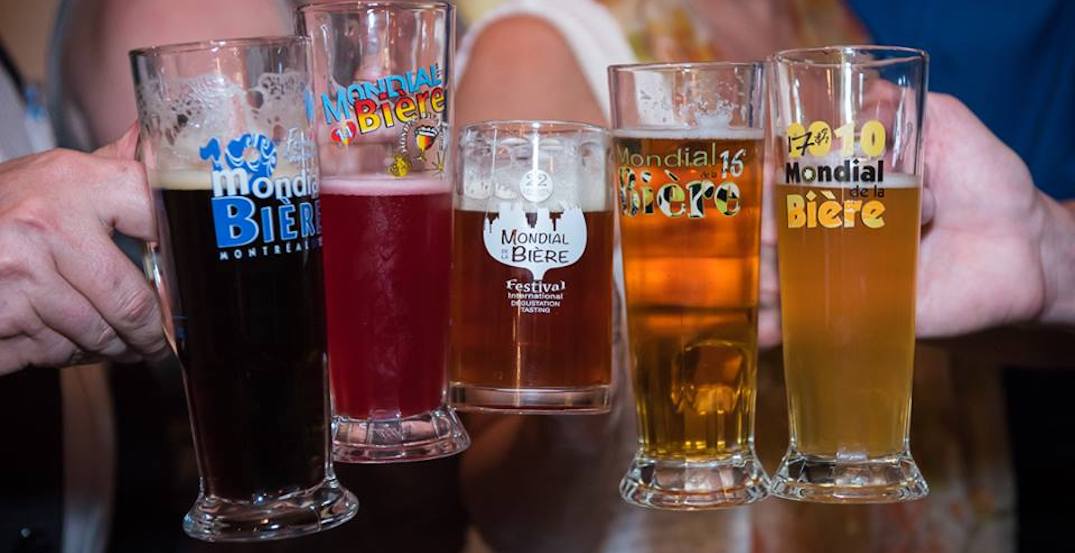 If you’re into the hops, suds and buds, the Mondial de la Bière Festival Montreal is for you.

Established in 1994 by a trio of beer enthusiasts, the Mondial de la Bière returns to Montreal this June for its 25th anniversary.

The festival is a celebration for beer lovers and connoisseurs, allowing participants to sample over 500 different types of beer from all over the world.

The beer festival will take place at the Palais des congrès, stretched between outdoor and indoor venues. Local breweries and microbrews will be on hand at the event offering tasters of traditional and newly brewed beers.

The festival will host a bevy of beers from Quebec as well as Canada, the United States, Belgium and Brazil, totalling 526 different beers in all. Activities include beer making tutorials, proper pouring demonstrations and expert discussions.

Since its inauguration, the Mondial de la Bière festival has extended its horizon into France and Brazil.

Participants are given a Mondial de la Bière stein upon entering and are urged to buy beer coupons in exchange for beer tasters. Each coupon costs $1 and every beer costs between 2-8 coupons per sample, depending on the size and variety of beer. The tasters range between 2 to 4 ounces.

We all probably consider ourselves beer experts on weekends and here’s your time to prove your worth. Don’t forget to drink a lot of water and remember, pace yourself!

Where: 201 Rue Viger Ouest (inside), Palais de congrès (outside)