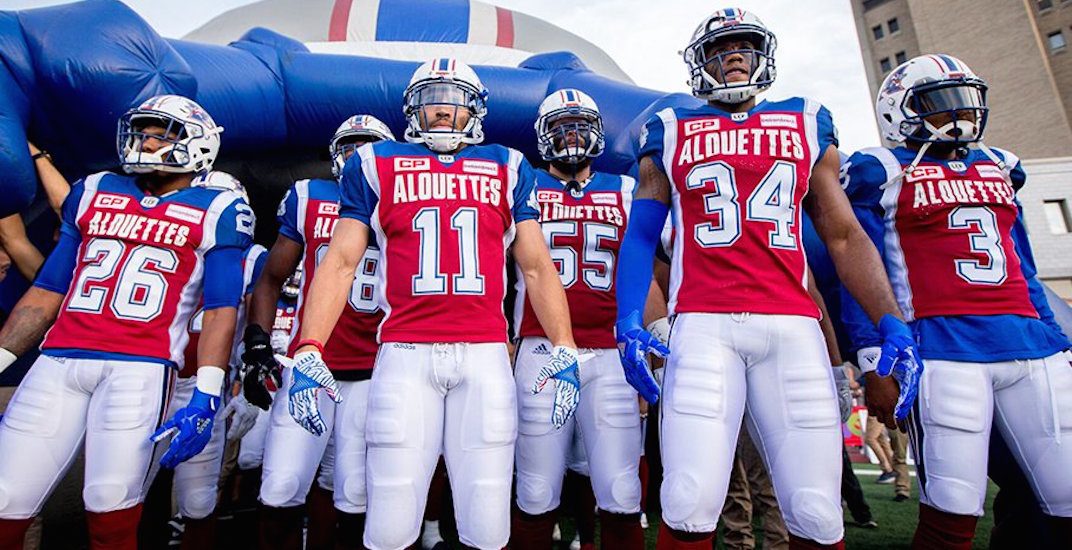 The Montreal Alouettes are joining forces with Montreal Pride this summer.

For every ticket sold to the Alouettes-Argos game on August 11 in Canada Pride Montreal 2017’s section, $5 will be given to Équipe Montréal, an organization representing LGBTQ sports leagues in Quebec.

The Alouettes, who initiated the partnership, will also have the rainbow flag on their helmets during Pride Montreal Canada 2017’s festivities, from August 10 to 20.

“Sport forms an integral part of LGBTTIQA2S communities’ emancipation and that partnership goes some way towards the integration of sexual diversity and gender plurality in a world in which many don’t feel welcome,” said Eric Pineault, president and founder of Montreal Pride. “For us, at Montreal Pride, it is a significant gesture.”

“In the Montréal Alouettes organization, we believe that we must all make efforts to help create a more inclusive world and that also includes the world of professional sport,” Alouettes general manager Kavis Reed added.