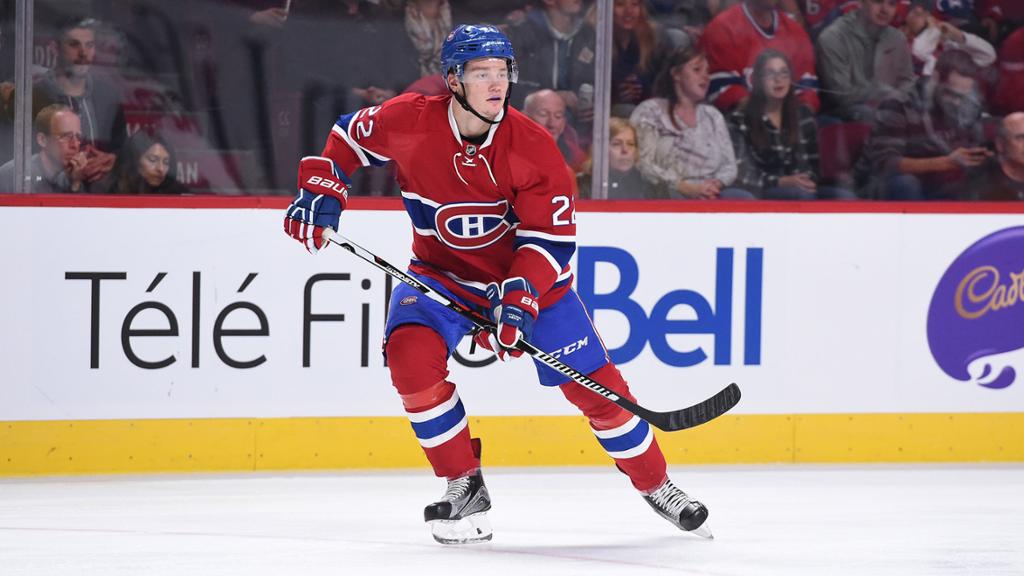 The Montreal Canadiens have returned 18-year-old defenceman Mikhail Sergachev to his junior team.

The Russian defenceman has only played in three games for the team this year, meaning the team won’t lose a year on his contract. While he performed well with the Habs, Sergachev will likely benefit more by playing in the OHL with the Windsor Spitfires.

With Zach Redmond already out for at least the next month, the team could be calling on someone else to fill the seventh spot for the Canadiens and perhaps make an effort to force their way into the usual rotation.

While Montreal’s defensive depth may not look as promising as it has over the past few years, that doesn’t mean the organization lacks good options to choose from.

The most obvious choice from the St. John’s Icecaps is Mark Barberio, an experienced veteran with three AHL All-Star games under his belt.

A former champion with the Norfolk Admirals (now an ECHL club), Barberio skated in 30 games as a depth option, recording ten points in 30 games. What makes Barberio a useful option is how well he drives offence from the blueline. The teams he plays for typically score more when he’s on the ice than get scored on.

Barberio looked good in 30 games with the Habs last year and would make sense as the top option.

If you want someone to play safe and limit scoring chances around Carey Price, Brett Lernout could be called upon to receive a second chance.

Just 21-years-old, Lernout played in one game with the Habs last year, injuring his knee and ending his opportunity in the process. He didn’t look out of place in his NHL debut, and he did a good job of being a centrepiece for the Icecaps during a deficient campaign for the parent club.

He may not generate offence like Barberio, but he’s a force physically and is strong where it counts most for a defenceman, around his own net.

As you would expect by November, all of the NHL’s top available free agents have already been snagged up. But that doesn’t mean there aren’t some serviceable options for your bottom six pair.

The only thing I know about Adam Pardy is that this guy stole his helmet pic.twitter.com/Mu5QsvDHTK

If the team would like a veteran option that can eat up minutes if needed, but can keep safe for the most part, Adam Pardy may be the best option in that regard.

The stay-at-home defender may offer no support offensively (he hasn’t scored in the NHL since the 2010-11 season) but the physical defender can be an inexpensive option if required. He’s currently on an AHL deal with the Milwaukee Admirals, but an NHL offer would be desirable for the 32-year-old.

I didnt know matt Bartkowski is on the Providence bruins….. Im gonna kill myself

Another option is Matt Bartkowski, who many Bruins fans will tell you shouldn’t have been in the NHL in the first place.

Like Pardy, Bartkowski isn’t much of a two-way defender but he’s a hard-working blueliner who’ll put in the effort to try and prove he’s worth more than the AHL tryout contract that he’s on. He’s not a long-term solution, but if he proves himself to be useful like he’s currently doing with the Providence Bruins, it may not hurt to give him a near-minimum contract for a few months or so.

Jacob Trouba has 2 choices: double down on trade request or decide lost time isn't worth it (via @TSNBobMcKenzie) https://t.co/ytOKaaG1WY pic.twitter.com/jnuUPyTPV5

A hopeful fan would suggest Jacob Trouba, a highly-touted youngster who has yet to sign a contract with the Winnipeg Jets after requesting a trade before the season. Trouba is arguably the best defenceman on the market right now, with his ability to make the Jets a better team overall with the puck in the past fresh in the minds of the other 29 teams in the league.

But that’s part of the problem. There have to be a ton of teams involved in acquiring his rights, so what would Montreal have to give in order to acquire him?

With the team off to a near-perfect start this season, does it make sense giving up assets for a player that would likely demand a large dollar figure soon enough? Likely not, and it’s too early to be thinking about wholesale changes while Price is still healthy (knocking on wood).

There’s no need for the team to take on an extra contract or move an existing one in a trade. Calling up a veteran defenceman, like Barberio, seems like the best option if they plan to give him ice time.

If they’d prefer to save him for longer stretches down the road, though, getting a player who can fit in right away or even act as a fill-in from time to time, like Pardy, could be the way to go.