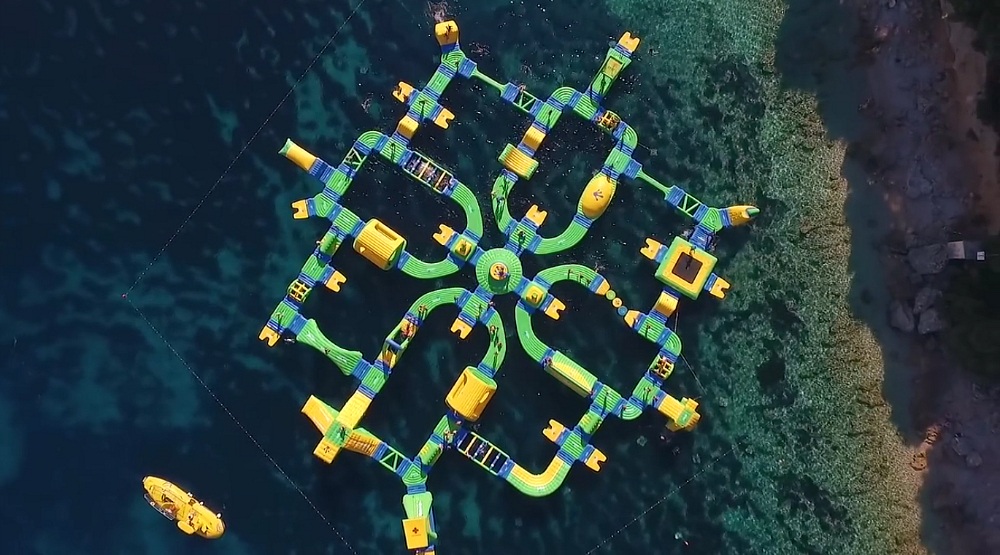 This is not just for kids, folks!

You may have heard that Parc Jean Drapeau is home to an inflatable playground on the water called Aquazilla.

Well it turns out that less than 1 hour from Montreal at Parc Oka is a massive inflatable obstacle course on the water that is in sum, a much larger version of Aquazilla than what we have on Parc Jean Drapeau.

Aquazilla at Parc Oka is roughly 4 times the size of that at Parc Jean Drapeau and thus has plenty more exciting inflatable games.

Get ready to slip, slide, run, jump, and splash! The Aquazilla fun includes monkey bars, a climbing wall, a water trampoline, multiple slides, and much more.

Made for both children and adults, do not shy away from having the time of your life on this inflatable structure! Whether you’re visiting the Aquazilla at Jean-Doré Beach or Parc Oka, entrance fees are the same. They range from $12 per hour for children to $15 per hour for adults.

When: Until the end of the summer
Where: Parc Oka