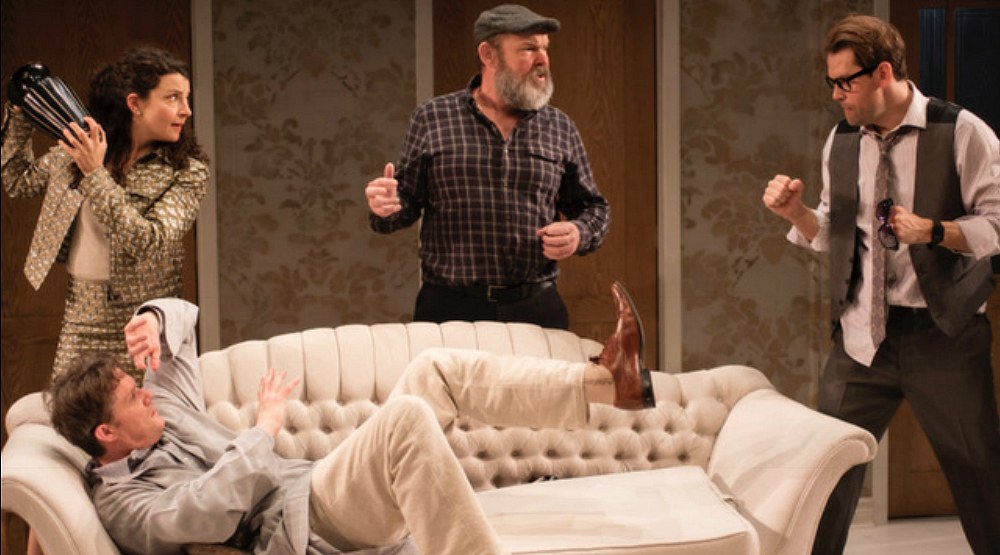 February has got to be the worst winter month. We’re firmly entrenched in the dreariness of cold, gloomy weather, the days are way too short, and spring still feels too far for us to have anything to look forward to.

It’s no wonder then that Montreal’s top bastions of English-language theatre – the Centaur and the Segal Centre — decided to both stage comedies this time of year to lighten the mood. Lucky for us, both productions keep the laughs coming at a frenetic pace and are an undeniable cure for our February Blues. 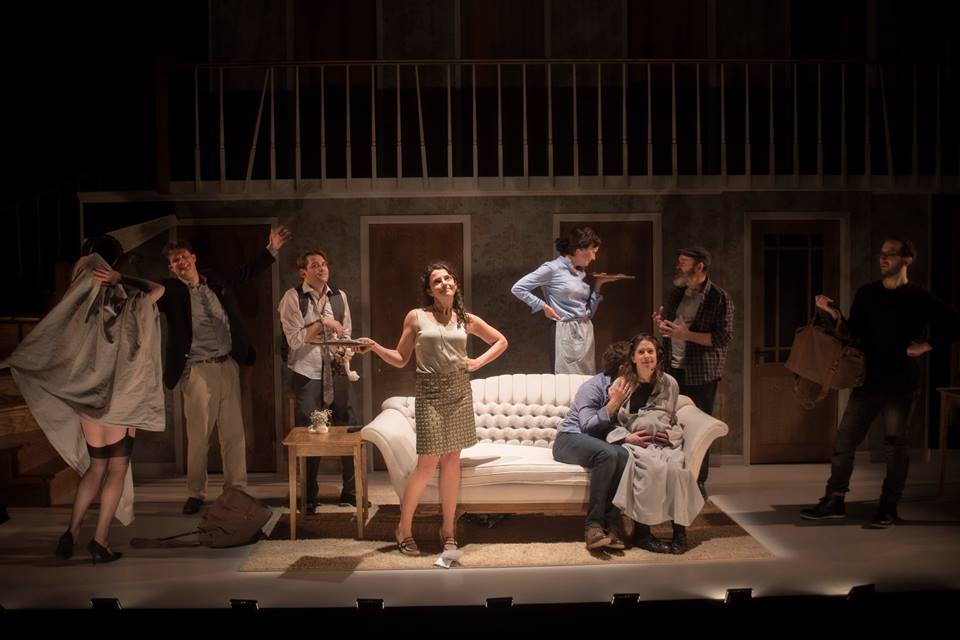 The Segal’s production of widely popular Noises Off is an undisputable winner. This 1982 play-within-a-play is a farcical gem, the old-fashioned kind you don’t often see on stage anymore. It’s basically non-stop hijinks, hilarious misunderstandings, physical comedy at its finest, and all-around mayhem, as the actors and the director rehearsing for a play are involved in their own love triangles, professional jealousy, and secrets. Michael Frayn’s play starts off strong, but it’s in the second act (when the actual physical stage revolves in front of our very own eyes) and we get to see the goings-on backstage as the play (within the play) goes on in front of an imaginary audience on the other side, where it’s truly elevated to something spectacular.

As a theatre-goer I profess to having a bias for plays that make me think and ponder the world. There is no thinking involved in this play. Farces, by nature, are pure fun and joy, the unabashed pleasure of watching happenstance and human nature wreak havoc in front of our very own eyes. Thanks to the writing, an incredibly talent cast, and Jacob Tierney’s solid directorial timing, we are treated to some of the finest, sidesplittingly funny, fast-paced farces I’ve seen in a long time. We’re talking doors slamming, clothes flying off, people injuring themselves, actors missing their lines and their entrances, fighting, crying, this play has it all…

There are no weak links in this production. Everyone pulls their weight and shines, but I would be remiss if I didn’t mention Michael Musi and Amanda Lisman by name. As stage hand/technician/last-minute fill-in/jack-of-all-trades Tim, Musi provided some of the loudest laughs on opening night, despite not having that many lines. I woke up the next day and was still chuckling at his sad attempt at a British accent when he was forced on stage.

Lisman as the beautiful Brooke Ashton who spends most of her time on stage in her underwear and painfully over-acts every single one of her scenes (and is clearly in the production because she’s having an affair with the director and not because she can act), was pitch perfect in her role.

Noises Off is running until February 19, but judging by the audience’s reaction on opening night and the fact that winter is still sticking around for a while, the Segal should perhaps consider extending its run for a while.

For information and/or tickets to the show, you can go here. 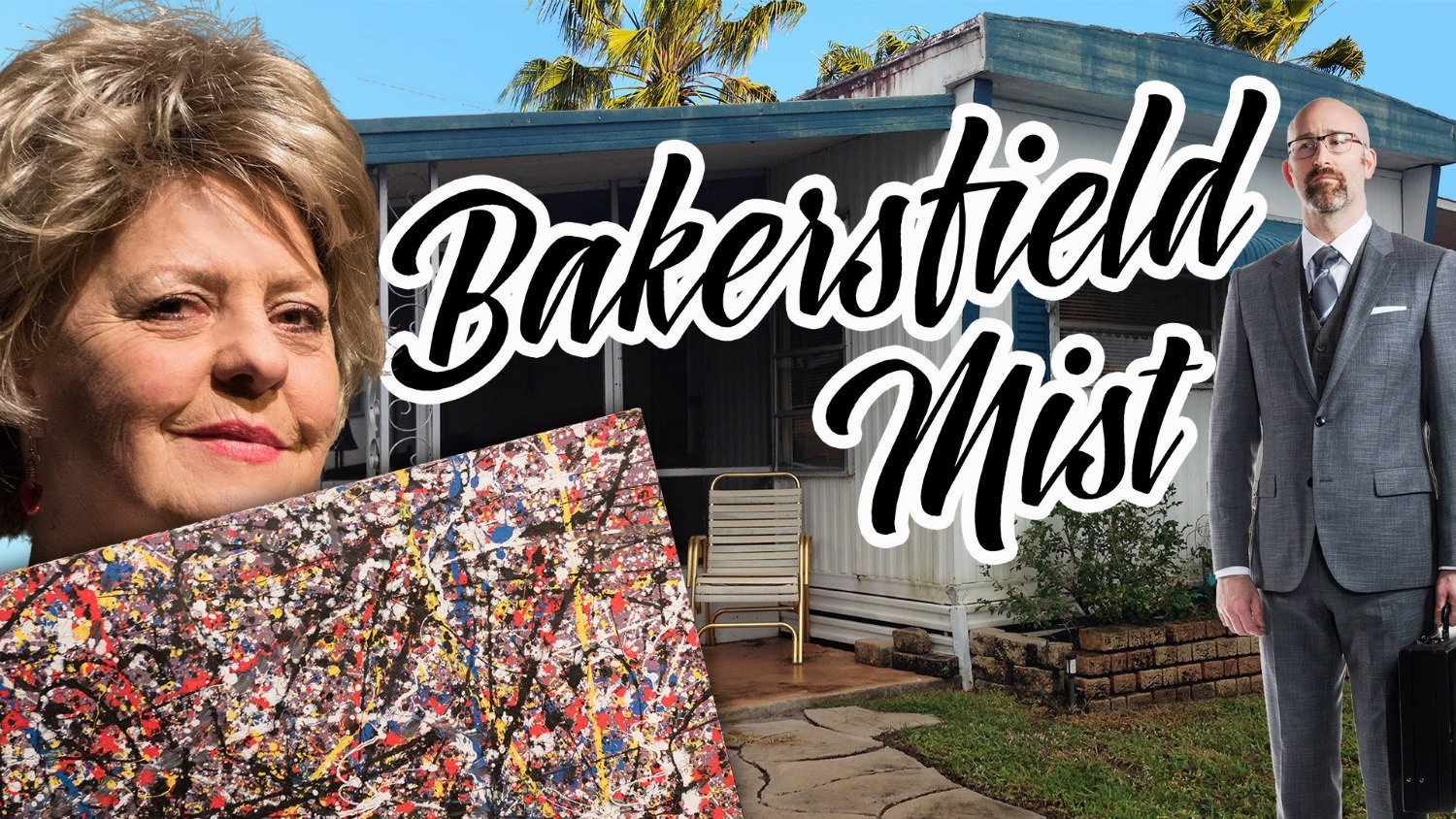 In sharp contrast to the mayhem of multiple bodies and conversations on stage for British farce Noises Off, the Centaur’s next offering is a two-hander set somewhere in a trailer park in sunny Florida.

Bakersfield Mist, written by Stephen Sacks and directed by Roy Surette (who will be sorely missed when he leaves as the Centaur’s artistic and executive director at the end of this season) is a smartly written play based on the true story of a grandmother-truck driver and self-confessed scavenger who purchased a painting for five dollars at a junk store only to later realize that it may be an authentic Jackson Pollack painting worth millions.

Nicola Cavendish as Maude Gutman, the hard-drinking, chain-smoking, foul-mouthed, down-on-her-luck former bartender with questionable taste in décor utterly shines in her role. She’s seriously a force of nature on stage and you can’t keep your eyes off her. Jonathan Monro (making his Centaur debut) as Lionel Percy, the highbrow art expert who’s come from New York to appraise her painting, is the exact opposite. Pretentious, quick to judge, snooty, and with the hang-ups and social prejudices that go along with that. Playing straight man to Cavendish would perhaps have obliterated a lesser talent, but Monro holds his own on stage and works tirelessly to make his character much more complex than originally presumed when he walks through the door.

This two-hander’s laughs come from the obvious contrast and clash between these two people, their lives, their worlds, their education, and their perceptions. It’s hilarious to watch buttoned-up Lionel react with utter horror and discomfort at Maude’s devil-may-care attitude and uncensored views of the world. The writing is sharp, fast, very funny, and the excellent performances do justice to it.

Despite the non-stop laughs that it provides, and unlike the Segal’s Noises Off, Bakersfield Mist is more than just a comedy. It delves deeper to ask questions about authenticity, art, first impressions, social and cultural divides, and the often-utterly subjective nature of appraising art as a commercially valuable entity. The interactions between the two characters on stage are thoughtful and generate even more questions for the audience.

Just a quick note to illustrate just how talented and interconnected the local Montreal theatre community is, the multi-talented Jonathan Munro is also a classically trained pianist who’s performed at New York’s Carnegie Hall, and is currently writing the music and lyrics for Roch Carrier’s The Hockey Sweater, which will be performed at the Segal Centre in celebration of the city’s 375th anniversary.

At only 90 minutes long, Bakersfield Mist will make you laugh, cry, think about life and art, and question how much of who and what we become is due to our social upbringing. This play isn’t so much about resolutions, as it is about providing a brief glimpse into life and art through the clash of two polar opposites. It’s a 90-minute trip definitely worth taking.

Bakersfield Mist is running until February 26. For information and/or tickets to the show, you can go here.