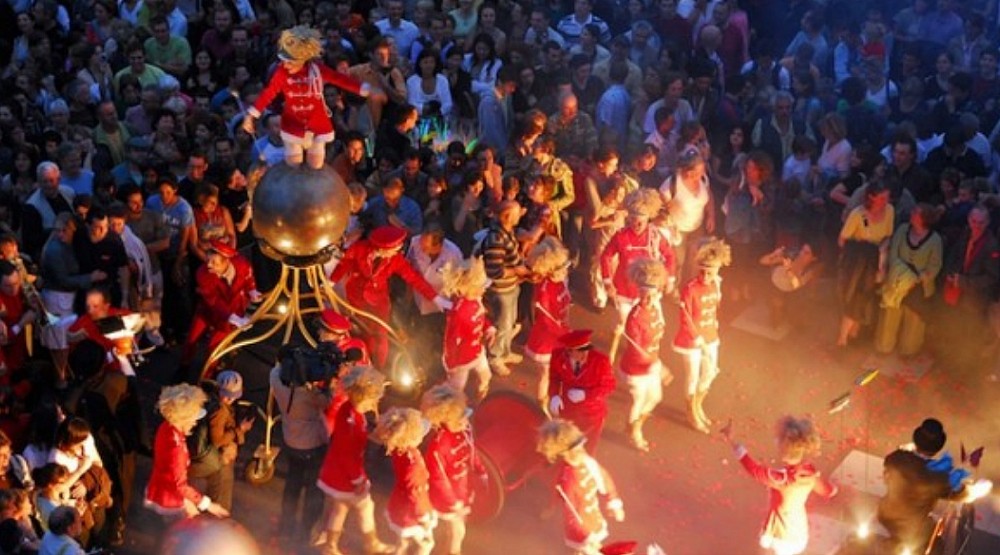 The best theatre troupes on the planet converge in this one-of-a-kind event.

Sixty of the best street theatre troupes across the planet will be heading to Montreal to participate in over 800 shows designed for Montreal’s 375th anniversary.

Artists from six countries, France, Spain, Australia, the UK, the Netherlands, and Canada (including 20 troupes from Quebec), will be present, and all kinds of theatre will be represented.

Everything from poetry to clowns to acrobatics will be seen at Les arts de la rue. As the description reads, short performances – theatrical, clownish, acrobatic – will blend poetic images with moments of beauty, ranging in feeling from funny and moving and in scale from minimalist to grandiose. The streets and sidewalks will become scenes and the streetlight will become a projector to welcome this great flood of magic, creativity, and wonder.

Happening in Quartier des Spectacles this July, check back for details on this can’t-miss summer event.

When: July 2017
Where: Quartier des Spectacles