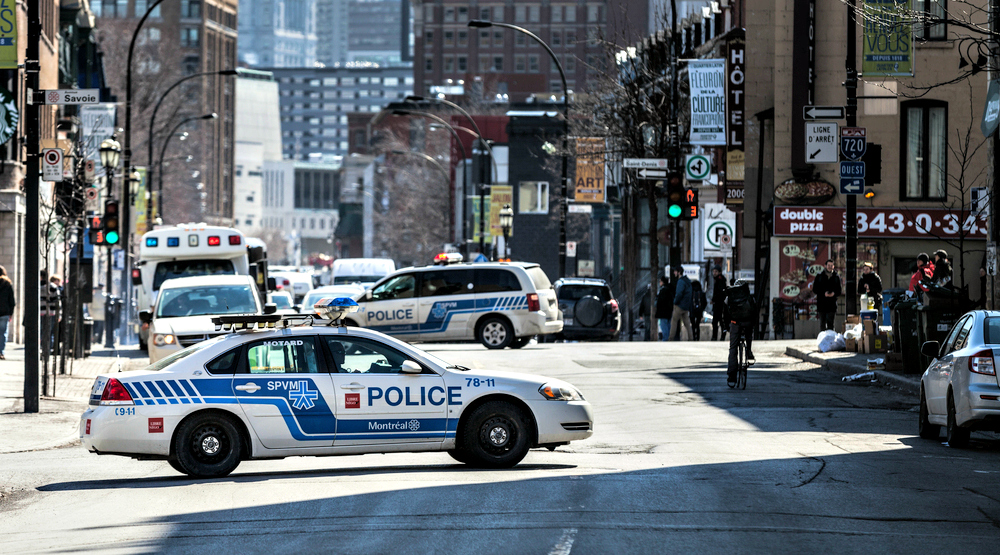 After years of delays and repeated demands by concerned citizens and organizations, Quebec finally has a Bureau of Independent Investigations (which will go by its French acronym, BEI — not to be confused with popular millennial term of endearment BAY, or the abbreviation BEY that pop singer Beyoncé goes by) that will impartially assess and conduct investigations into cases of police misconduct wherever a death or an injury occurs during a police operation.

“Finally”, everyone cried out in relief, “we now have an independent investigative body that represents the average Quebec citizen!”

If the average Quebec citizen were old, white, male, and a former police officer, that is…

Of the 18 people who make up the newly formed BEI, 11 of them are former police officers, the overwhelming majority are white males, and only one visible minority (one of three women barely seen in the second row) could be observed in the official photo.

After years and years of delays and postponing this much-requested and much-needed independent unit, this was the best we could do? An outcome where we had a majority of former police officers policing current police officers didn’t stop anyone in their tracks and make them question the conflict of interest it perhaps raised? It’s astounding how members of citizen watchdogs, who advocate for victims of police brutality are never appointed on such units, because they are deemed too be biased and too bitter, yet former police officers with 30+ years associating with the Police Brotherhood are somehow astoundingly capable of being neutral, professional, and unbiased when investigating cases that implicate their own.

While one can make the argument that former police officers bring with them years of experience and perspective that can provide unique insight to complicated cases, impartiality and no vested interests in the Police Brotherhood are just as important here, and it’s hard to convince communities that for years have carried the brunt of racism, discrimination, over-policing, and racial profiling that this unit will now accurately and fairly reflect their interests and valid concerns.

It was only a few months ago that Montreal North held a vigil to remember Jean-Pierre Bony and Fredy Villanueva, both men who have died at the hands of Montreal police, incidents that have done little to improve relations between the community and those paid to protect and serve it. And it was only a month ago that a petition was formally launched requesting that the provincial government launch an inquiry into systemic racism because of repeated issues that need addressing.

A civilian oversight body to investigate incidents involving police brutality and misconduct has been in the works for years, but nothing has materialized until now. Despite recommendations by the Quebec Human Rights Commission and a provincial ombudsman, police have continued to investigate police, and that, coupled with repeat incidents of police brutality, has resulted in eroding the public’s confidence in the system.

Ontario has had a Special Investigations Unit since 1990 when a number of fatal shootings and the results of The Task Force on Race Relations and Policing led the public to believe that internal police investigations lacked the necessary objectivity required of policing, yet Quebec, despite its own issues, has been incredibly slow in establishing an independent unit.

And now that it’s here, it leaves a lot be desired.

That being said, however, why is the lack of diversity so surprising in a province where there are so few racialized persons employed in the public sector? Pervasive and long-standing discrimination, misrepresentation, and underrepresentation have existed in all facets of Quebec life for a long time now — from the criminal justice system, to the police force, to municipal and provincial politics, to all areas of the public sector, down to mainstream media and cultural outlets where white males continue to dominate in front and behind TV cameras and radio station mics. Why would an independent unit representing Quebec society be any different, and why wouldn’t it ultimately serve to point out the glaring omissions in representing us all that are currently in place?

The stats are incriminating. Only five out of 125 members of the Quebec National Assembly are from racialized communities. Only four out of 103 City of Montreal councillors are racialized, even though these communities account for 30 percent of the city’s population. Only 312 among an astounding 20,000 Hydro-Québec employees are visible minorities, less than one percent of the provincial police force are visible minorities, there are only 3 black judges out of 500 in Quebec, and of roughly 2,400 active firefighters now working for the City of Montreal, only nine are black.

Women, visible minorities, and ethnic minorities continue to be underrepresented in the Quebec public sector, so how in the world are we suddenly supposed to find them among the ranks of the police force, the criminal and justice departments, and the so-called “experts”, if we don’t make a concerted effort to find them and put them on independent investigation units?

If nothing else, this appointment (yes, it was an appointment… there was absolutely no input or consultation from the public) proves once again how desperately we need to start shaking things up around here so we all feel we can get a fair break.

Quebec’s Bureau of Independent Investigations may not accurately represent Quebec’s population, but it most certainly represents and highlights the lack of diversity in the public sphere. Civilian watchdogs and anti-police brutality groups demanding transparency, accountability, and fair representation, have every right to be concerned and disappointed with this appointment.