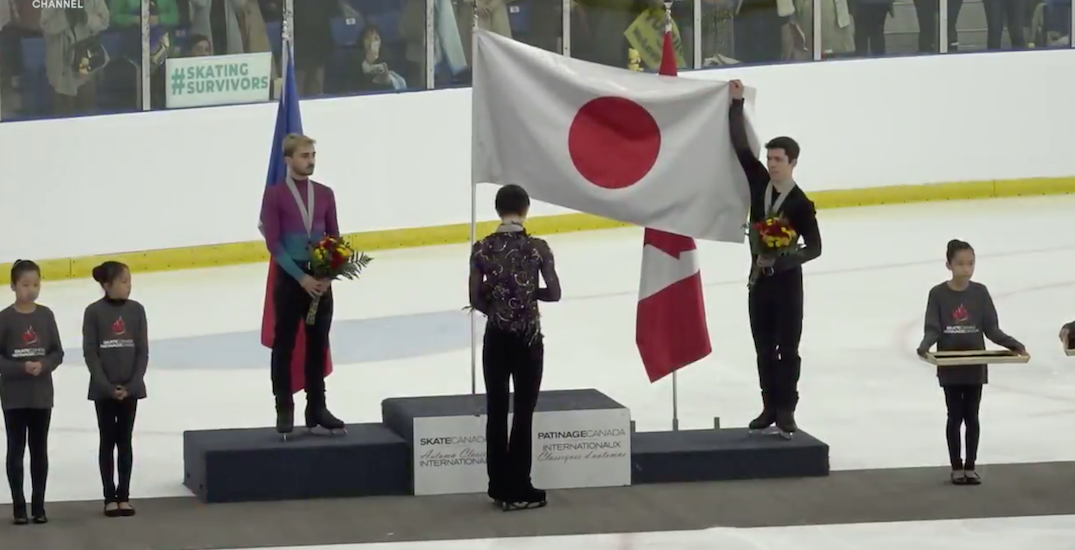 A 27-year-old figure skater from Canada has won the hearts of many, after pulling the ultimate Canadian move during a medal ceremony.

During the Autumn Classic International in Oakville, On, Canadian Keegan Messing held up the Japanese flag for fellow competitor Yuzuru Hanyu during the medal ceremony after Hanyu had just won a gold medal.

When the national anthem of Japan started to play, Messing unfurled the Japanese flag behind the podium and held it up while Hanyu faced it for the rest of the anthem.

In response to the kind gesture, Hanyu bowed to thank Messing after the anthem as the crowd cheered.

Messing brought home a bronze from the event.

Sportsmanship from Keegan Messing at the Autumn Classic ⛸️.

During the medal ceremony, the Canadian unfurled the Japanese flag for winner Yuzuru Hanyu to face throughout his national anthem.