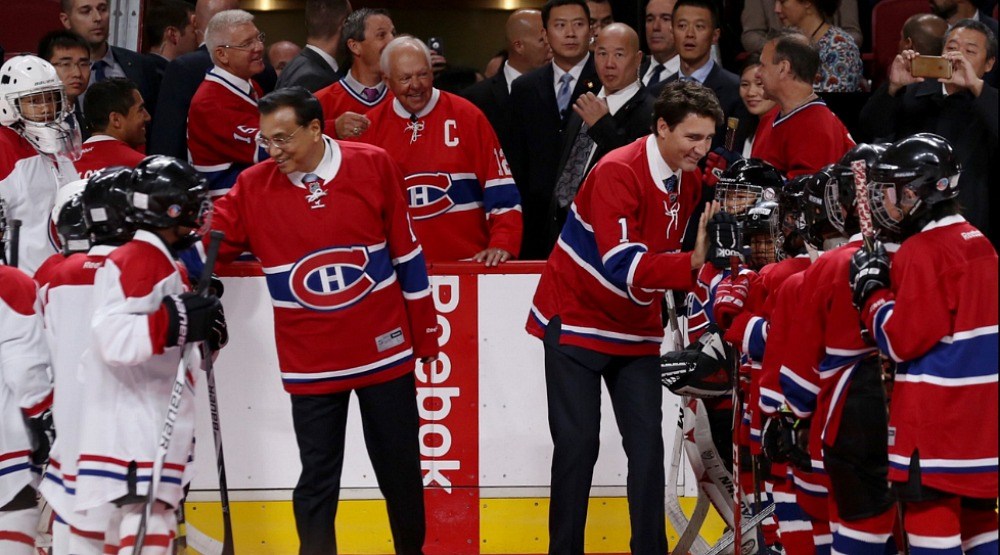 And of all the places they could meet in Canada, where did PM Trudeau choose? Well, he chose Montreal of course.

Day one consisted of diplomatic talks over the economic relationship between China and Canada, with China promising to open up new markets for Canadian goods.

My thanks to Premier Li for productive talks today – reaching deals to strengthen the middle class in our countries. pic.twitter.com/jsErOEbZNm

However, day 2 consisted of something a little more fun, and in true Canadian fashion this day of fun included hockey.

The two world leaders headed to the Bell Centre early Friday morning for a quick meet and greet with the players. They even got to stand on the ice and shoot a few pucks.

There were a few fans in attendance for the big meet and greet, including Special Assistant to the Mayor of Montreal, Howard Liebman.

Meanwhile Prime Minister Trudeau tweeted out his love of the Habs:

In my unbiased opinion, this is a great hockey team to show off to a visiting leader. Thanks @CanadiensMTL #GoHabsGo pic.twitter.com/Pl3PDXwpcV

But all in all, the event seemed to be a pretty big hit for Habs fans everywhere.

@JustinTrudeau @CanadiensMTL Thank-you very much for saying that Mr.Trudeau! Now all we need is a 25th Stanley Cup!#GoHabsGo