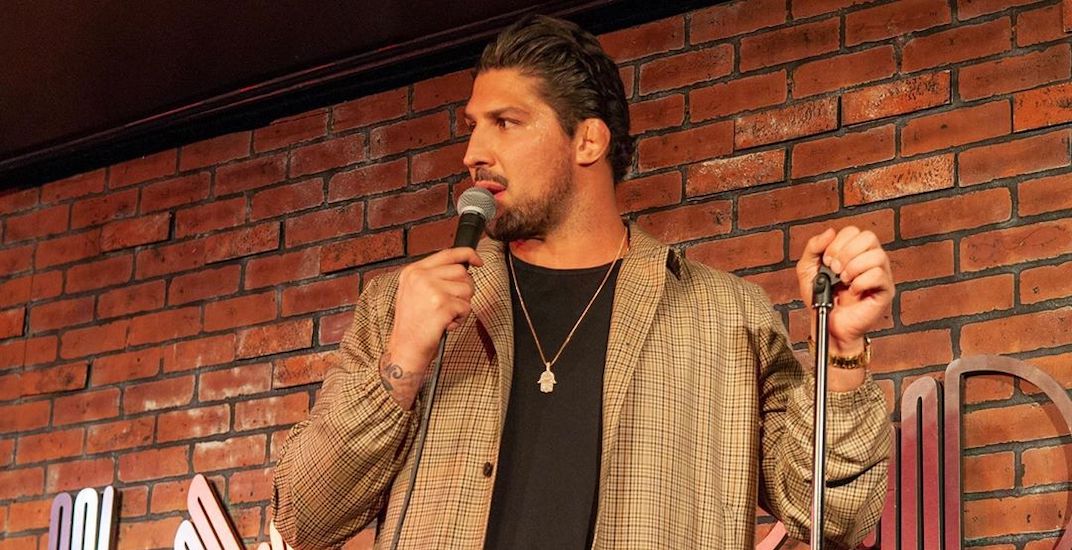 While we wait for our social lives to resume post-global pandemic, we’re making a list of all the activities and events we’ll never take for granted again. Of the many summer festivals we’ll be missing, Just For Laughs (JFL) is high on the list.

Luckily, a few of the JFL comedians visited the Daily Hive HQ during JFL NorthWest to share their thoughts on social connecting (before we even knew there would be social distancing).

Each week, we’ll be updating this article with new video interviews, in a series we’re calling Social Qs.

Brendan Schaub: MMA fighter turned comedian. He co-hosts the podcast The Fighter and the Kid alongside MadTV alumnus Bryan Callen, as well as a solo show titled Below the Belt with Brendan Schaub, both of which frequently top the sports/comedy podcast categories.

In this video,  Brendan reveals to Daily Hive his love for Lucky’s Doughnuts and the questionable doughnut photos that get sent to his DMs. He also shares his best practices for social media and his tequila-inspired grudge against Dwayne “The Rock” Johnson.

This puppet comedian, hailing from Melbourne, Australia, has toured the world with his hilarious solo shows, from Edinburgh to Montreal, Singapore to Sydney, and even in an off-Broadway theatre in New York.

Randy joined us at Daily Hive HQ during JFL Northwest to drop some serious wisdom. In this video, he shares the best life advice he ever received (during a 6 minute Uber ride), recommends a few books to help you find your passion in life, and does a surprisingly good Arnold Schwarzenegger impression.

Esther Povitsky, a comedian known for her fashion haul videos on Instagram, can be seen on Dollface on Hulu and Crave. The show was picked up for a second season earlier this year. She is co-creator and star of the Hulu and Freeform show Alone Together and recurred on the CW’s Crazy Ex Girlfriend.

In this video, the comedian tells us about some of her more questionable, yet delicious, vegan dietary choices.

Vir Das is amongst a few comedians to have three Netflix specials, including his current series, Hamsukh.

When he joined us at Daily Hive HQ during JFL Northwest, we broke down the difference between cultural appropriation and appreciation (by exploring Justin Trudeau’s enthusiasm for Indian dance), the authenticity of chicken tikka masala, and whether Apu’s voice is offensive.

A correspondent on Comedy Central’s The Daily Show with Trevor Noah, Dulcé Sloan was listed by Variety as a Top 10 Comedian to Watch.