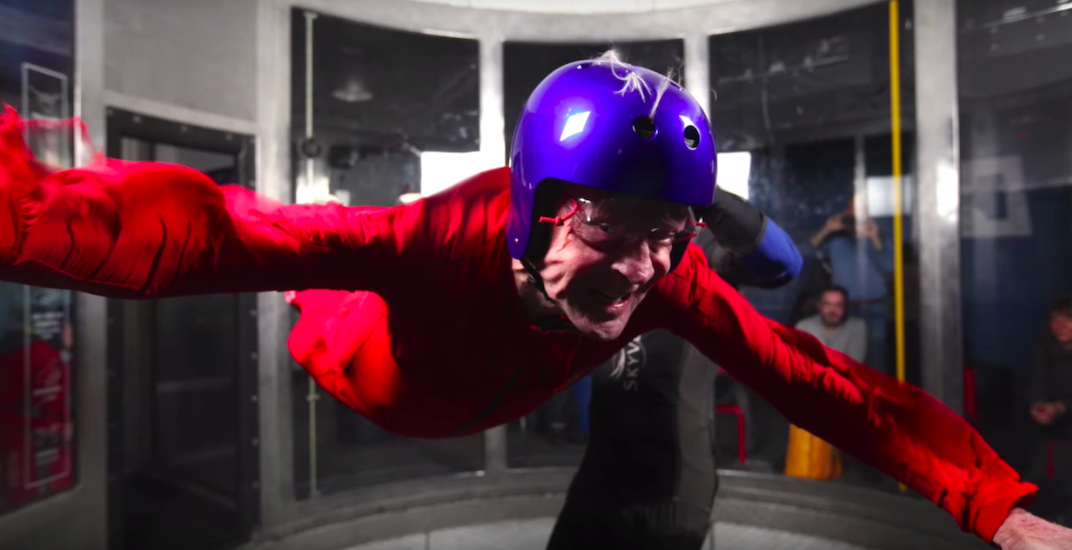 Jean Chrétien spent ten years as the Prime Minister of Canada and his 86th birthday inside a wind tunnel.

A short photo montage of a sky-high Chrétien was shared on social media by Steven Hogue, the former communication director for the 20th Prime Minister of Canada.

We’re not sure what you might have planned for future birthdays but Chrétien certainly set the bar high.