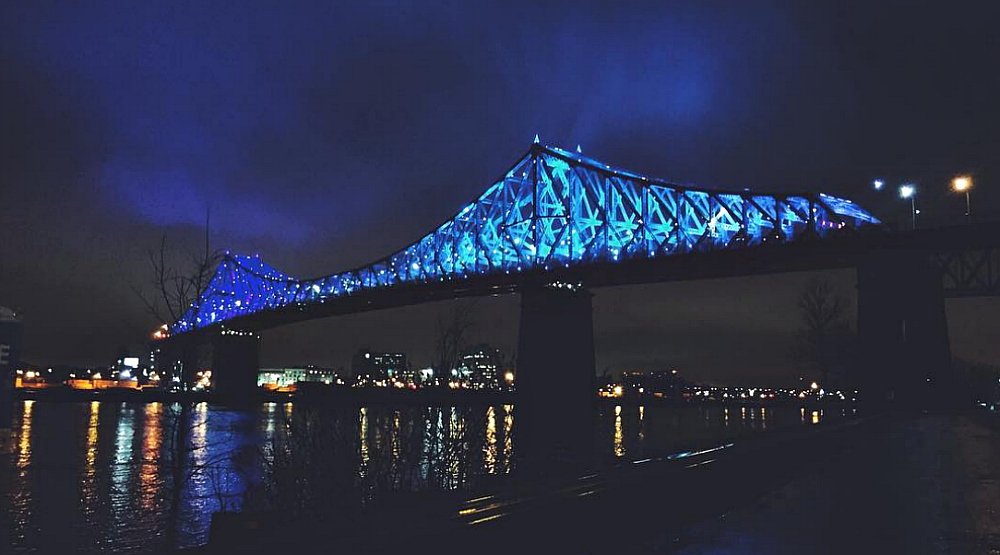 Beginning May 17th, the Jacques Cartier Bridge is going to be lit up every single night in honour of both Canada’s 150th anniversary and Montreal’s 375th anniversary.

The project, titled Living Connections, aims to emphasize the importance of this historic Montreal landmark and as such, the bridge “will be animated every night by intelligent programming that will evolve to the rhythm of the seasons and the energy of Montreal.”

The bridge will be illuminated as the sun sets, with a short, 5-minute animation happening on the hour each hour throughout the night.

According to the official website, the project is intended to be admired for the next 10 years.

While the city has already conducted a few test runs, we’re interested to see what Jacques Cartier Bridge will look like come May 17th.

Get your cameras ready!

When: Beginning May 17
Where: Jacques Cartier Bridge