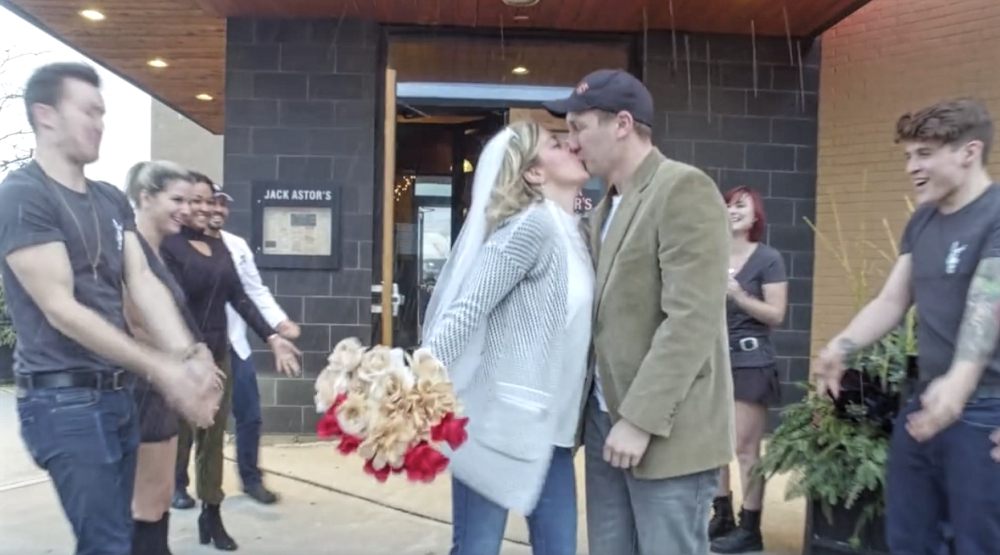 “Because getting married in Vegas would be tacky,” read the flyers strewn around the tables at Canadian restaurant chain, Jack Astor’s.

The bar and grill with locations spanning Alberta to Nova Scotia, will even build you an altar out of French Fries.

It’s a real promotion… even if the marriage might not be real. 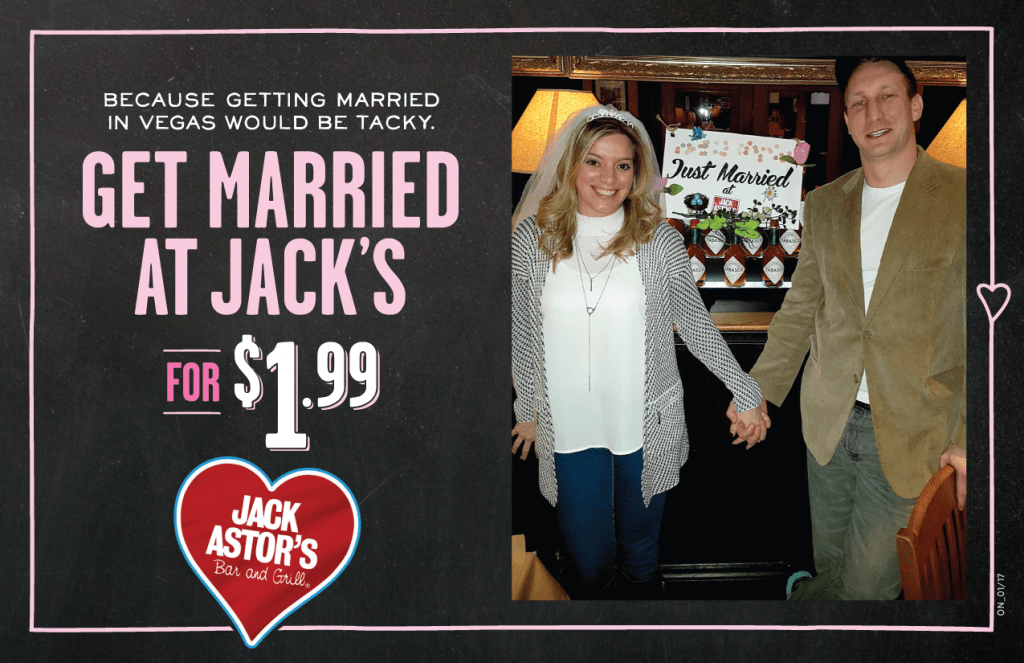 “This probably won’t be a binding contract… guess you’ll find out when you try to get a divorce!” so says the fine print.

$1.99 weddings are available with just 48 hours notice from now through Valentine’s Day and until February 16. The promotion includes a “Jack’s officiant,” and some really cheap decorations.

This is now officially the cheesiest item on the Jack Astor’s menu. And yes, we’ve had the cheese garlic pan bread…