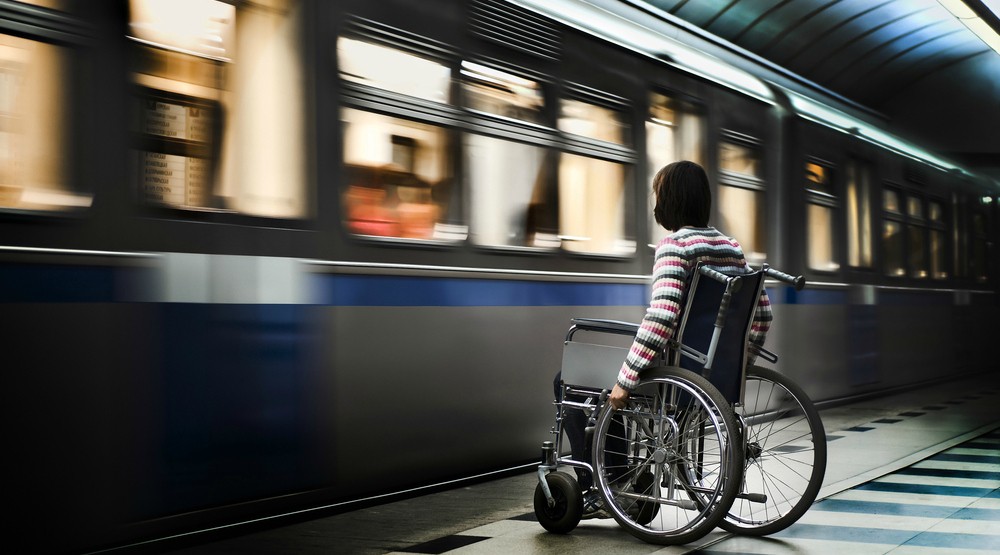 The news this morning that the City of Montreal will be spending $1.6 million to ensure that businesses are more wheelchair accessible was good news, but begs the question: are we doing enough to make this city truly accessible to people with disabilities?

Montreal will be spending a total of $1.6 million over five years to add wider doors that open automatically and wheelchair ramps. The city expects that approximately 40 projects per year will be funded this way. Good news, but that’s it? Forty businesses per year? That’s way too small of a number for people lacking access to get excited over.

This, of course, comes in the heels of the city’s announcement last year that Montreal would be spending $213 million to add 14 more elevators to Montreal metro stations by 2022. These are in addition to the 10 already currently underway.

Right now, only the Montmorency, De la Concorde, Cartier, Jean-Talon, Berri-UQAM, Champ-de-Mars, Lionel-Groulx, Henri-Bourassa, Côte-Vertu and Snowdon metro stations are accessible at street level to wheelchair users, which is a pretty sad state of affairs when you think about it.

When work is completed the Montreal metro system will have 31 accessible stations out of a total of 68, which isn’t all that great, but it’s a whole lot better than the current 10 we now have.

In 2014, after an international conference on accessible tourism took place in Montreal, Mayor Denis Coderre was quoted in La Presse as saying: “We want to be No. 1”, when it comes to accessibility. Three years later, are we? Not even close! Are we slowly, but surely, making baby steps towards being No. 1? I highly doubt it. Are we at least actively moving in the right direction? Yes.

But not quickly enough! A quick search clearly indicates that the majority of this city’s cafes, bars, and restaurants are still not wheelchair accessible. Our public transit system is nowhere as adapted to the disabled as it should be, the ramps on public buses often don’t work properly or at all, our world-famous terraces are often not wheelchair accessible, and a quick trip through our metro will find a number of out-of-order escalators only making life even more difficult for those with physical limitations.

And in case you think I’m being overly critical, and that other cities, too, face these issues, here’s an article that compares Montreal’s and Toronto’s public transport when it comes to services for the disabled. I can assure you we don’t come out looking all that great.

And when it comes to our taxi services, things aren’t looking much better in that area either. In sharp contrast, New York City has gone to impressive lengths to ensure that as many of its taxis as possible are accessible to the disabled. From a low of 231 accessible cabs in 2011, they now have more than 1,000 yellow and 700 green accessible cabs on the road. All taxis in Toronto are expected to be accessible by 2024. Montreal, however, has no such objective, and I’m not even sure how many adapted taxis we do have to accommodate those who need them.

Read this personal account by Laurence Parent, the co-founder of Regroupement des activistes pour l’inclusion au Québec (RAPLQ), a group advocating for the rights of the disabled, to get an idea of what the concerns are and how a city that is inaccessible makes people with disabilities feel.

The STM adopted a corporate policy of universal accessibility in 2011, aiming to minimize barriers to the use of its transit system. While it has enacted measures that aim to do just that, it often feels like the process is extremely slow. We need to seriously “up” our game as a city to play catch-up and truly guarantee accessibility to people with disabilities.

So, “yes” to the great news that more money is being invested to make things better, but if we’re being realistic, more money and more effort needs to continue to pour in. And this requires all of us, not just those who live with a disability, to become more aware of both the challenges and the obstacles Montrealers with disabilities face every single day living in and navigating their way around a city that simply isn’t doing enough to include them.