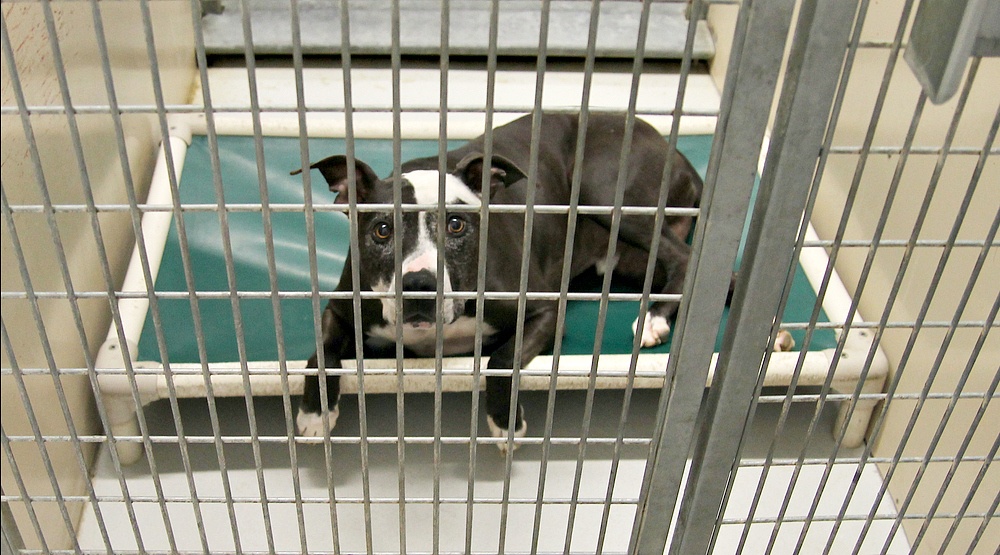 The undercover footage was obtained during an undercover investigation conducted by the Los Angeles-based rights group, Last Chance for Animals. The group embedded a technician at International Toxicology Research (ITR) Laboratories Canada for four months and to say that the footage obtained is disturbing is an understatement.

It shows dogs aggressively thrown into cages, being held up by their ears, mini-pigs and macaque monkeys living in small barren cages and pulling out their own hair because of stress, animals being slammed onto stainless steel operating tables while they have catheters inserted, and being subjected to various forms of toxicity testing through force feeding, inhalation, injection and skin exposure. The video also shows agitated and screaming animals being subject to stressful experiments in front of other animals, in clear violation of the Canadian Council on Animal Care (CCAC).

The footage has been shown to CCAC and they have refrained from commenting as they pursue their investigation and “obtain all the facts”, although one can’t help but wonder how many more “facts” one needs when the footage of animal cruelty obtained is so damning.

The Montreal SPCA, inundated with questions and pleas from outraged animal lovers who want to help in any way they can, issued a press release yesterday morning explaining in more detail the legislation (or lack thereof) that allows for such animal cruelty to take place, as well as what people can do to make their discontent heard.

The most shocking revelation (at least to me, and I suspect to many other Quebecers) to come out of this is finding out that there is no federal legislation or provincial legislation in Quebec specifically protecting animals in laboratories.

Canada does not have any federal legislation that provides minimal standards of care for animals in laboratories. And, the provincial animal welfare legislation, The Animal Welfare and Safety Act, does not provide protection to exotic animals or wildlife in captivity, and therefore excludes animals such as monkeys from any protection. While some countries, such as Switzerland, have legislation governing the use of animals, and strict requirement on when animals can be used in research (those wishing to conduct the study need to show there is no non-animal alternative), that is sadly not the case here.

According to the CCAC, approximately 3.5 million animals are used every year to conduct tests on medical drugs, cosmetics, and household products.

While publicly funded laboratories, such as those in Universities, must be accredited by the Canadian Council on Animal Care (CCAC), privately funded facilities have no obligation to have CCAC accreditation, and therefore are not subject to any oversight. Another disturbing W5 revelation: the CCAC is funded, in part, by the very institutions that it inspects and accredits. It only inspects publicly funded facilities once every 3 years and provides forewarning before visiting. Taking this into consideration, one can’t help but wonder how thorough and unbiased the inspections really are.

Despite the lack of clear legislative protection for these animals, the SPCA claims that violations of certain provisions of the provincial animal welfare legislation have taken place here.

And, of course, there are serious ethical concerns to consider, when animals are subject to captivity, invasive or painful procedures, experiments or conditions which cause fear, anxiety and other forms of mental suffering. Illegal or legal, this type of abuse is unethical and inhumane.

Will public pressure force the Quebec government to intervene and do something? If you’re a concerned citizen, the SPCA has a few ways you can help apply more pressure. Write a letter to government representatives, sign the petition, and stop using products tested on animals.

A protest will be taking place today at the Baie d’Urfé lab facility to raise awareness and let lab workers know that people are watching them.

“We are deeply disturbed by this footage. It is evident that these animals endured unimaginable suffering, pain and distress. Regardless of the ultimate purpose of the research, the manner in which they are housed and treated is completely unacceptable”, explains Alanna Devine, Director of Animal Advocacy at the Montreal SPCA.

I know that many people are ambivalent about animal research. The debate about whether testing on animals for medical drugs is necessary is one that rages on, and the arguments for and against continue. But one thing is certain, that even those who would argue that lab testing on animals is necessary for medical research can’t possibly defend abusing animals when they are already enduring pain and suffering in the name of science. Not only is it unacceptable and unnecessary, it’s completely inhumane and cruel.

Take the time to sign the petition and demand that our federal and provincial governments do better and enforce stricter legislation protecting the helpless.