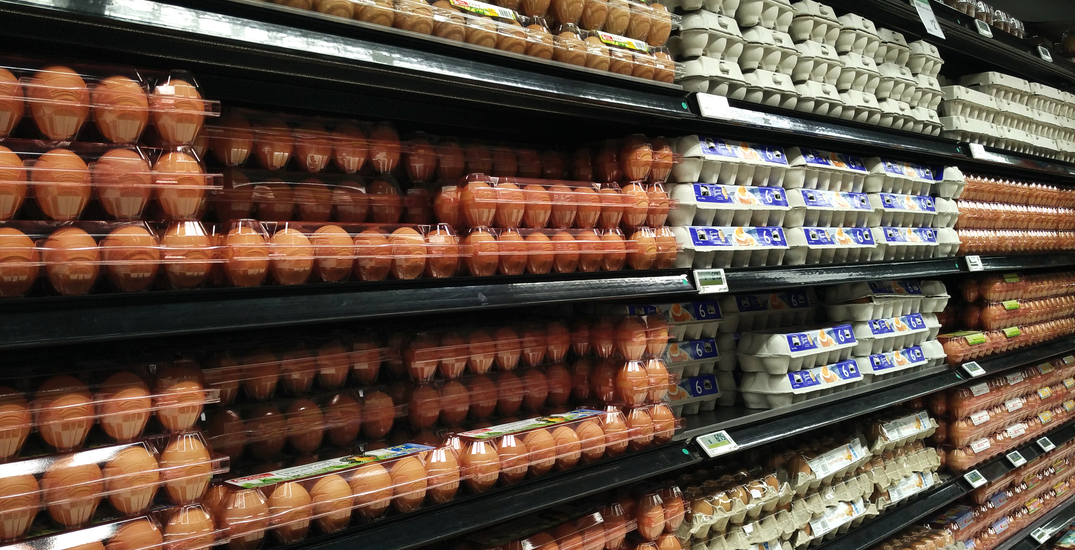 Health Canada has issued a recall on some Les Œufs Richard Eggs Inc. eggs in the marketplace due to possible Salmonella contamination.

The following products have been sold in Ontario and Quebec. 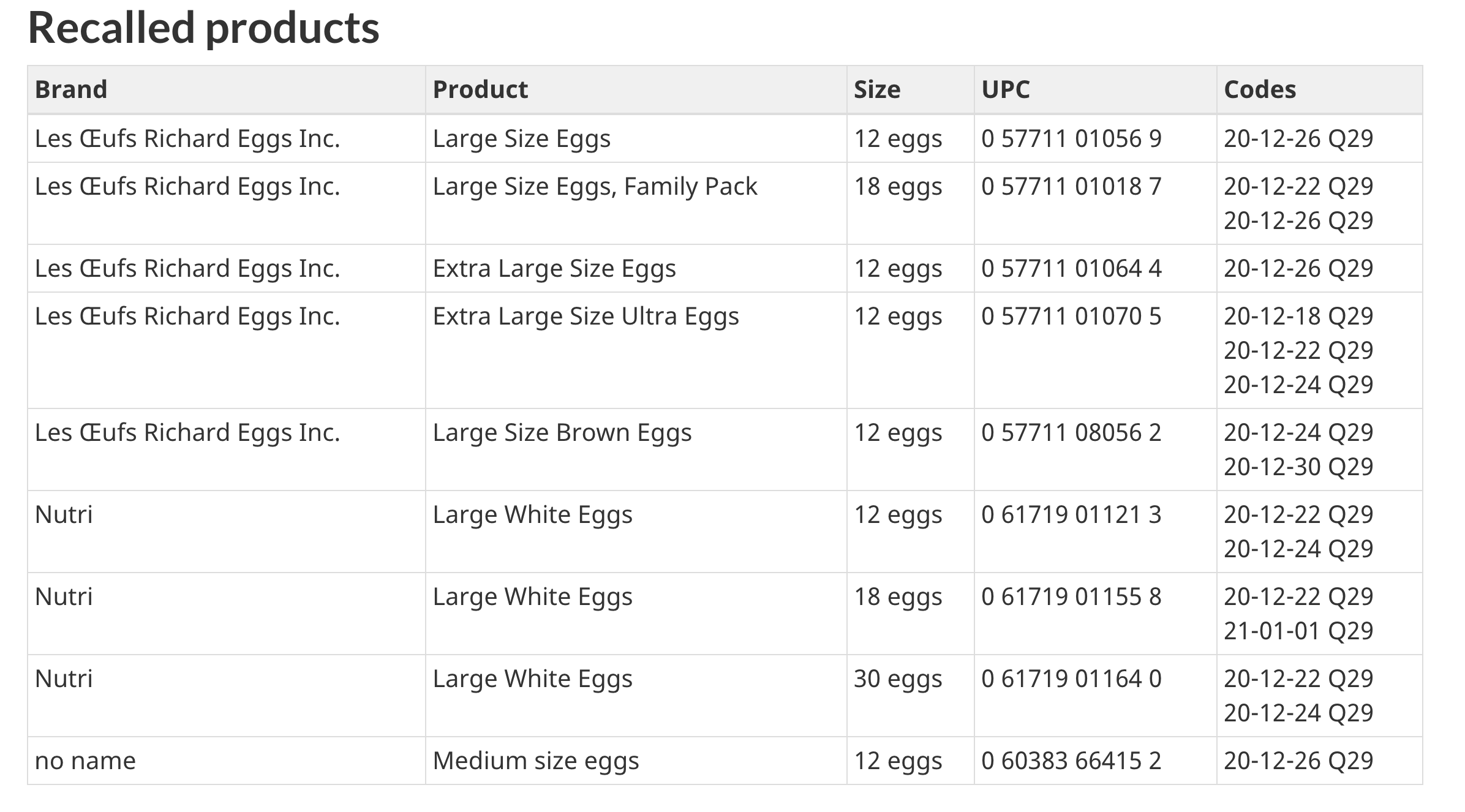 The Canadian Food Inspection Agency (CFIA) has issued a warning asking people not to consume the following products.

The CFIA is also asking distributors, retailers, and food service establishments such as hotels, restaurants, cafeterias, hospitals, and nursing homes to not serve, sell, or use the recalled products described above.

“Only eggs from Les Œufs Richard Eggs Inc. with best before dates indicated in the table below where the lot code contains ‘Q29’ or where there is no lot code on the package are implicated by the recall,” reads the warning.