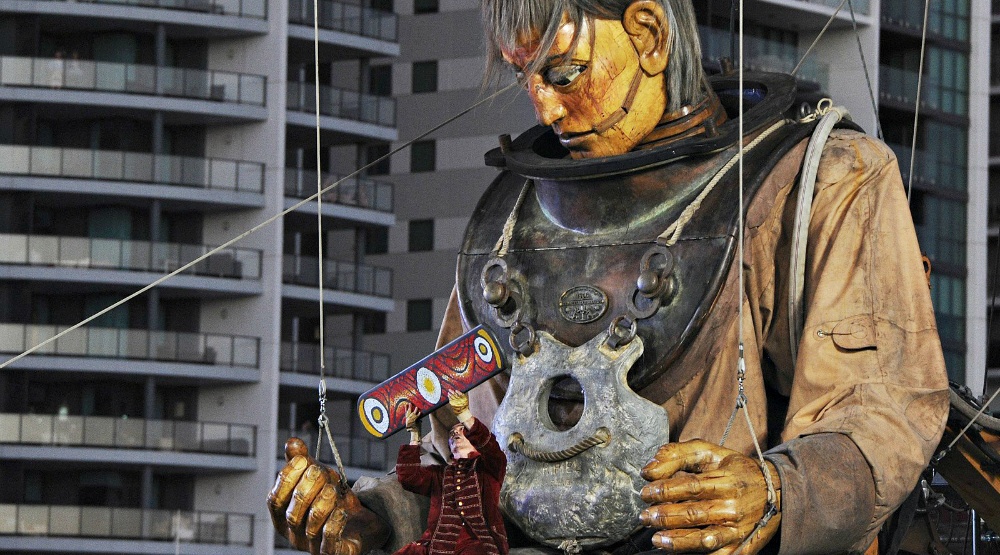 As part of the city’s 375th anniversary program, giant marionettes from street theatre company, Royal de Luxe are taking over Montreal for one weekend in May.

Officially titled The Giants, this one-of-a-kind event will see two marionette figures, The Little Girl-Giant and The Deep Sea Diver, making their way around a pre-planned route through downtown Montreal and Old Port.

Brought in especially for Montreal’s birthday, the site states, “For the first time ever in Canada, and after having been seen by more than 20 million spectators worldwide, Montrealers now get to live a unique encounter with the giants. For several days, our city will become the stage for this monumental encounter, created especially for its 375th anniversary.”

Montrealers will have the chance to marvel at these 5-storey structures as they gracefully make their way through our city’s streets.

For most of the weekend the two giants will be on separate paths, however, they will be showcased together on Sunday, May 21 for a special parade and departure ceremony.

For more information on the route of The Giants, click here.