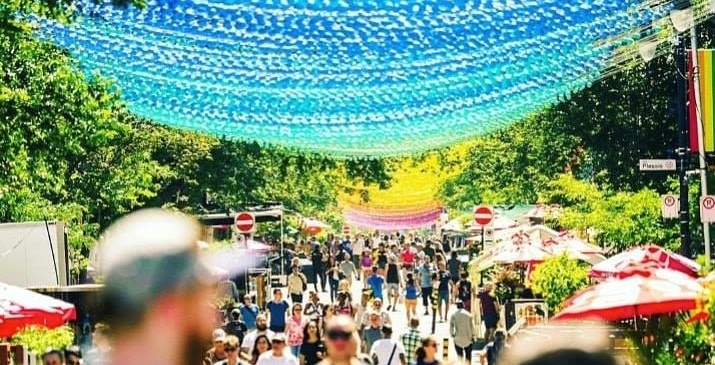 The rows of multi-coloured decorative balls hanging over a long stretch of Ste-Catherine Street in the city’s Gay Village are being taken down for the upcoming fall and winter season.

And then, they’ll only be put up one final time.

Originally, the landscape architect who designed the balls, Claude Cormier, wanted to have the balls taken down for the last time and retired this fall, but a lobby to keep the balls on Mayor Valérie Plante’s Facebook page changed his mind.

The 180,000 multi-coloured ball installation, first put up in 2011, will be permanently retired in September of 2019, allowing for one more season of a transition.

In 2011, the installation’s decorative balls were exclusively pink until 2017 by all the colours of the rainbow, dubbed “18 shades of gay.”

According to its architect, the plastic balls don’t last very long hanging in the sun and rain all summer and often have to be replaced.

Cormier claims the balls were never his intention to keep them up for long but has had a change of heart since Montrealer’s overwhelming support to have it return in 2019. 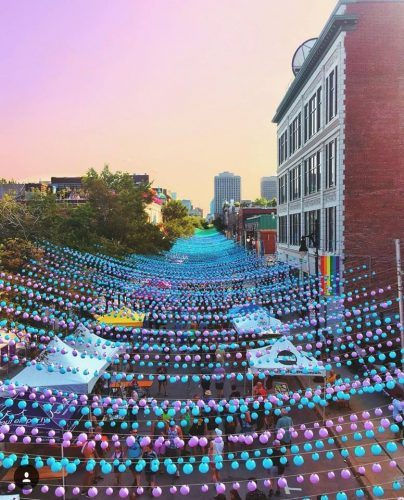 As of now, the balls will be re-installed in June for their final run, unless another campaign by locals can convince Claude Cormier and the Gay Village that the iconic balls should become a permanent installation.