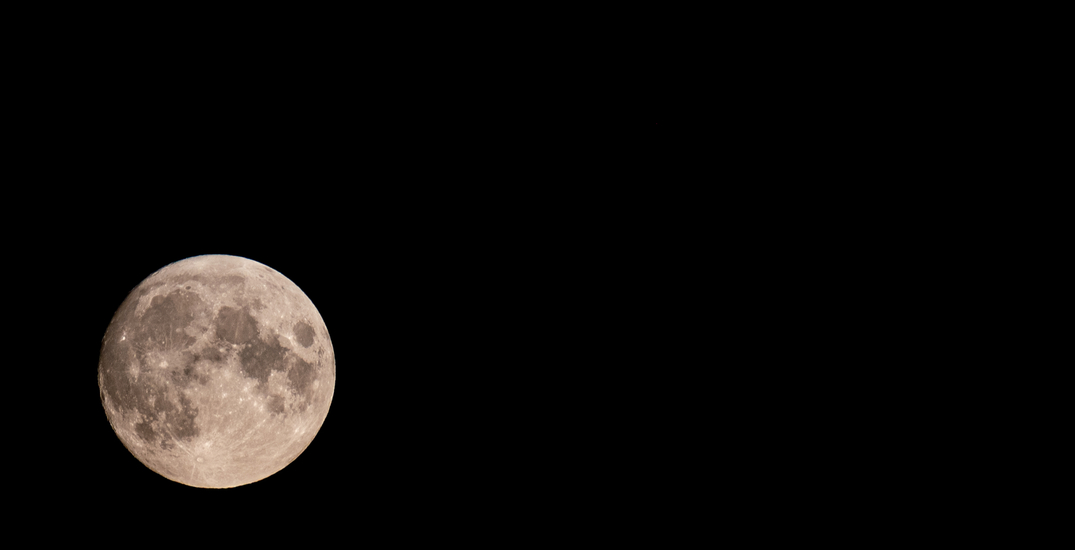 Something fishy is coming to Canadian skies this month.

According to the Old Farmer’s Almanac, a full Sturgeon Moon will rise on the night of August 21, reaching peak illumination the following morning at 8:02 am EDT.

The Almanac advises looking towards the southeastern sky after sunset on either the 21 or 22 to catch a glimpse of the moon as it floats above the horizon.

The Sturgeon Moon is named as such because its rising, historically, coincided with an abundance of sturgeon fish being caught in the Great Lakes.

“The lake sturgeon is quite rare today, due to intense overfishing in the 19th century, pollution, and damage to their habitat,” the Almanac noted.

Alternative names for the August’s full moon include the Flying Up Moon, Corn Moon, and Harvest Moon.

Check out the Old Farmer’s Almanac to see when this month’s Full Sturgeon Moon will be visible in your area. Happy moongazing!