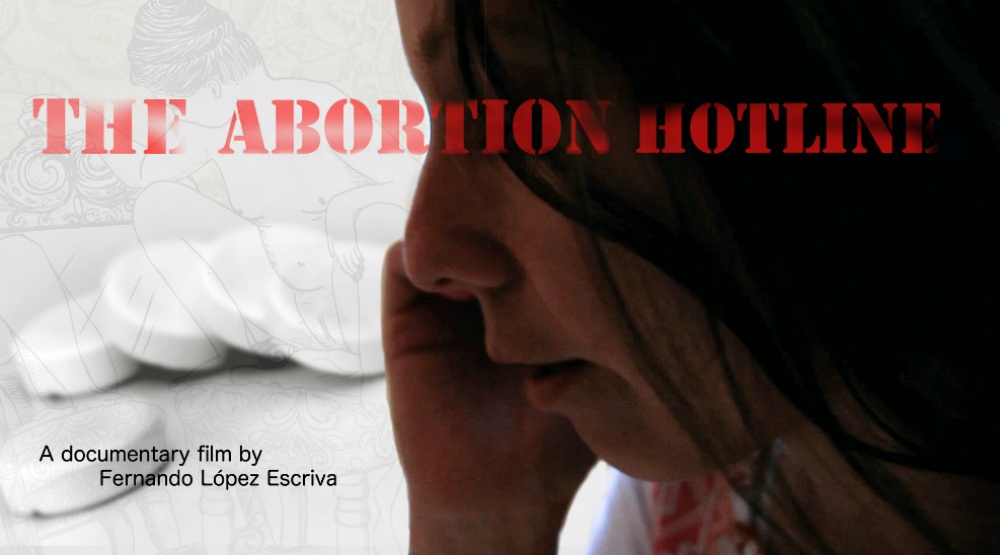 For over 20 years, September 28 has been a low-key regional campaign for the decriminalization of abortion in Latin America and the Caribbean, but it’s now slowly starting to gain international momentum and support by activists all over the world.

The date – September 28 – was chosen to commemorate the abolition of slavery in Brazil which is now remembered as the day of the “free womb” and the fight for safe and legal abortions for all women.

While for many Canadians access to abortion might seem like a fight that was won long ago, that’s still far from being the case for many places around the world. In many Latin American countries, (Chile, Brazil, the Dominican Republic, El Salvador, and Nicaragua, to name a few), abortion remains illegal and punishable by imprisonment. How bad is it? Paraguay made headlines last year when a 10-year-old raped by her stepfather was denied access to an abortion. Malawi, Iran, and Haiti have very tight restrictions, as well as most African and many Asian countries.

And while you might think Europe is a pretty liberal place, did you know that the Republic of Ireland completely outlaws abortions, it’s completely illegal in Malta, while in Poland abortion is only allowed under very specific circumstances.

To mark the Global Day of Action for Access to Safe and Legal Abortion on Wednesday September 28, MC2 Communication Média will be screening (free of charge) the documentary The Abortion Hotline by Fernando López Escrivá in Montreal.

“The film”, as described in the press release, “follows a group of young Chilean activists who put their lives in danger to run an underground abortion hotline: la linea del aborto.” Their goal: to provide information to women who call about Misoprostol, a pill usually used to treat ulcers that can also induce abortion.

The documentary will be simultaneously screened in eleven cities in Chile and also in Medellin (Colombia), Quito (Ecuador), Lima (Peru), La Paz (Bolivia), San Cristobal de las Casas (Mexico), and finally, Amsterdam in collaboration with Women and Waves, the NGO that started the Abortions Hotlines around the world.

Reached by email, Argentinian born director Fernando López Escrivá explained what drew him to the topic.

“I have a girlfriend, female cousins and friends, and I could probably have a daughter in the future,” says Escrivá. “And I want all of them to have the right to decide – either here in Canada, or in any country in South America or the rest of the world. As one of the members of Abortion Hotline once told me ‘It’s the fight for us women to have the right to do whatever we want with our bodies.’ I think that’s a basic right that should not only concern women, but also men.”

The director is known for tackling social issues in many of his films, and while his foremost objective is to tell a good story, he seeks out what he and others can learn from.

“I would say that my biggest satisfaction is when my films promote a discussion revolving around social subjects, as it was with my documentary film dealing with transvestites in Buenos Aires (Hotel Gondolin), or abortions in this case.”

Abortion access in Chile remains precarious. After a heated election campaign, President Michelle Bachelet pledged to loosen certain laws related to abortion, and this past March Chile’s Congress passed a historic vote in favour of legalizing therapeutic abortion. The bill, however, still requires Senate approval, and the debates are currently stagnating.

But, of course, most people don’t know that so many women are being denied a service and a right that so many of us in Quebec take for granted.

“When I talk to people from Montreal or Canada about my film, many of them are surprised to learn that abortion is illegal, in one way or another, in almost all South American countries,” says Escrivá. “Most of them think that abortion became legal a long time ago just like Canada or in most European countries, but in many countries, the only safe alternative for women is to have an abortion at home, without medical assistance to avoid legal problems. In Chile, and this is what the film mainly deals with, women use Misoprostol, a medication originally intended to prevent stomach ulcers. This alternative is safe, cheap and very difficult for governments to restrict.”

Escrivá reiterates the need to educate people on the topic.

“Only half of the global population has access to legal abortions. And in many of those countries where abortion is legal, access to it is not necessarily easy.”

According to Escrivá, Prince Edward Island and New Brunswick are perfect examples of that. Women seeking an abortion in PEI over the past three decades had to travel off the island, while it was only in 2014 that New Brunswick finally removed the requirement that two medical practitioners certify in writing that the abortion was medically required.

“The decision for having an abortion didn’t rely on the woman alone, but depended on the judgement of two other people,” he emphasizes.

“At the end of the day, the issue of access to safe and legal abortion should be a concern for everyone; even in a country like ours, where it’s considered an acquired right.”

The public is invited to a benefit screening of the film at Cinéma Beaubien (2396, Beaubien Est), on Wednesday, September 28, at 7 p.m. Voluntary contributions are encouraged, with the money raised going to La linea del aborto to support their work.

The director, Fernando López Escrivá, will be there to answer questions. To reserve your seat, you must RSVP with Pauline Bon at [email protected]

Here is the Facebook page for the movie, which contains information and links on The Abortion Hotline and the worldwide struggle to decriminalize abortion.