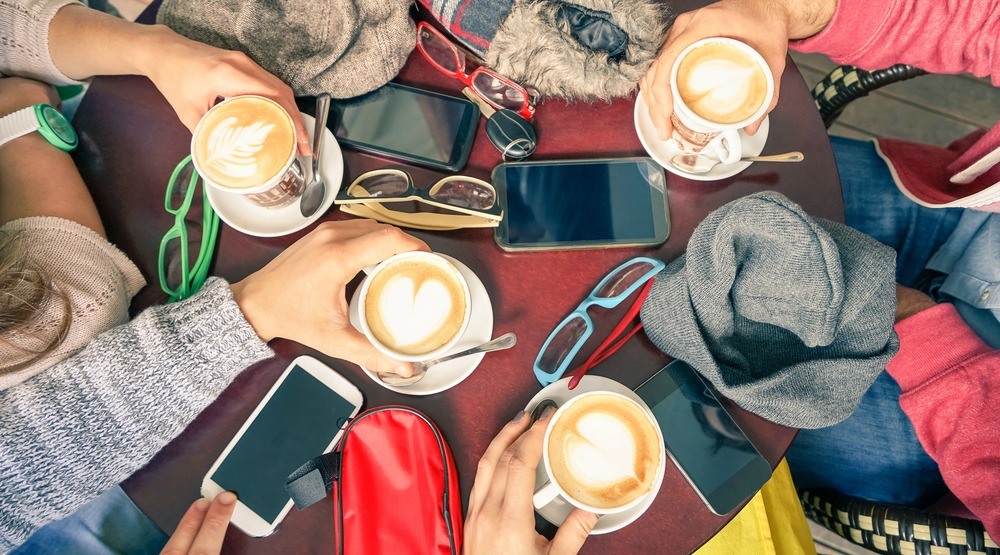 Have a great time without spending a penny this November. Thanks to Montreal’s incredible culture, the onslaught of fun & free activities doesn’t stop.

From holiday markets and cat festivals to Remembrance Day ceremonies and photography exhibitions, check out 19 free things to do in Montreal this month.

The whistleblower himself is making a virtual appearance in Montreal. On November 2, 2016, McGill University will be hosting, via video conference, Edward Snowden. The former CIA employee and now famous NSA whistleblower, currently living in Russia, will be giving a talk on surveillance in Canada. The talk will be conducted via video conference. [email protected] is hosting the event, which will be completely free of charge to the public. All are welcome to attend however seating is first come first serve.
When: November 2nd 7pm
Where: McGill University, Leacock 132

Due to the ongoing construction on the McGill University campus, the city is relocating Montreal’s Remembrance Day Ceremony to nearby Place du Canada. This year’s ceremony will take place on Friday, November 11th, beginning at 10:30am sharp. The event is to commemorate and honour veterans those who lost their lives fighting for Canada in conflicts from the First World War, Second World War to the present day. All Montrealers are invited to attend.
When: November 11, 10:30am
Where: Place du Canada

The Montreal Vegan Festival is back for the third year in a row! This means that Bonsecours Market will be filled once again with stalls upon stalls of delicious vegan goodies. On November 5th and 6th, 50 exhibitors and thousands of vegan-minded people will be taking over the Bonsecours Market “to discover the healthy diet and the way of life of veganism by exploring the health, ethical and environmental aspects of veganism.” The two-day vegan extravaganza will feature local and international speakers, culinary demos, discussion groups, and food tastings.
When: November 5 to November 6
Where: Bonsecours Market, 350 Rue Saint Paul Est

The November Market is back for the second year in a row. Hosted by Artgang Montreal this exciting event is part market, part festival. There will be 40 local exhibitors selling a variety of seasonal goodies. However, there will also be a day full of workshops, live music, and an art demonstration by the Academie des Beaux-Arts de Montreal.
When: November 19
Where: Artgang Montreal, 6524 Rue Saint-Hubert

Try a new workout courtesy of Lole Montreal. Essentrics is a mixture of yoga, tai chi, dance, pilates, and physiotherapy techniques. It will lengthen muscles, release tension, and create a lean and toned body. The event will take place at Lole’s store on Sainte Catherine. While the session is free, be sure to reserve a spot in advance.
When: November 15, 12-1 pm
Where: 954 Sainte Catherine Street West

The Stewart Museum’s magical Christmas exhibit opens on November 16th. The exhibition will showcase 30 Santa figurines and a Szalasi doll castle that comes to life when music plays. Admission to the museum and the special holiday exhibit are free. Exhibition at the Stewart Museum November 16
When: November 16, 2016-January 8, 2017
Where: 20 Chemin du Tour de l’isle

Calling all classical music lovers! The Montreal Bach Festival returns for the 10th year in a row. In honour of the great composer, Johann Sebastian Bach, the Bach Festival attracts some of the greatest artists in the world. The Bach Festival will be happening over a two-week period from November 18th until December 4th. During this time, there will be 12 conferences, 123,000 visitors, and 193 concerts held in 36 different venues. Though most performances will cost you a pretty penny, there are a few free events including Sacred Gates at St. Joseph’s Oratory and a conference on the inspiration of sonata for the violin at the Pavillon Lionel Groulx.
When: November 18-December 4
Where: Various locations

Montreal’s very own cat festival, The Salon des Aristochats will take place on November 5th and 6th from 10am-5pm at Centre Pierre Charbonneau. Located near Olympic Stadium, this is your chance to discover cat-loving artists, browse hundreds of cat-inspired gifts and goodies, and participate in cat-themed activities. They will even have celebrity cats on-site for you to play with.
When: November 5-6, 10am-5pm
Where: Centre Pierre Charbonneau, 300 Rue Viau

Celebrate Arab culture at the one and only Festival du Monde Arabe de Montreal. The festival is launching its 17th edition this November, running from October 29th until November 13th. Dedicated to the joining of Arabic and Western culture, the Arab World Festival of Montreal is divided into four sections: performing arts, culture form, cinema, and orientalys. This year’s program features an array of cultural events lasting 16 days. There will be a multitude of musical performances, film screenings, and intellectual talks taking place all over the city, many of which are free.
When: October 29-November 13
Where: Various locations, click here for more info

Expozine, Canada’s largest comic, small press, and magazine fair, is returning to Montreal on November 12th and 13th. Over the course of the mid-November weekend, more than 250 vendors will gather to promote all kinds of printed matter. Vendors hail from Canada, the United States, and even Europe. Expozine’s goal is to expose the average person to published materials outside of the mainstream. At Expozine, you’ll find everything from greeting cards and postcards to comic books, stickers, short novels, graphic prints, and magazines.
When: November 12-13
Where: 5035 Saint-Dominique

Montreal is hosting yet another music festival in November. Called Mundial Montreal, 2016 marks the event’s 6th edition. Described as “the gateway to North America’s world music market,” Mundial Montreal will be taking place from November 15th to 18th. The theme of this year’s festival is Music Without Borders, and as such it will showcase music from all over the world. The festival kicks off with 10 international acts including 9Bach, Solo & Rafael, and Coreyah. There will also be a special Aboriginal Sound Series, as well as many free performances and workshops. For a full schedule, click here.
When: November 15-18, 2016
Where: Various locations

Montreal’s Santa Claus Parade, otherwise known as Défilé du Père Noël, is officially happening in 2016 (not that we ever had any doubt). Confirmed for November 19th at 11am, there’s less than one month left until we can watch Santa make his way down Sainte Catherine Street. Prepare for an array of creative floats, fun performers, free goodies, and of course, Santa and Mrs. Claus to wave goodbye at the end of the parade.
When: November 19, 11 am
Where: Sainte Catherine Street West, beginning at Rue Fort and ending at Rue Saint Urbain