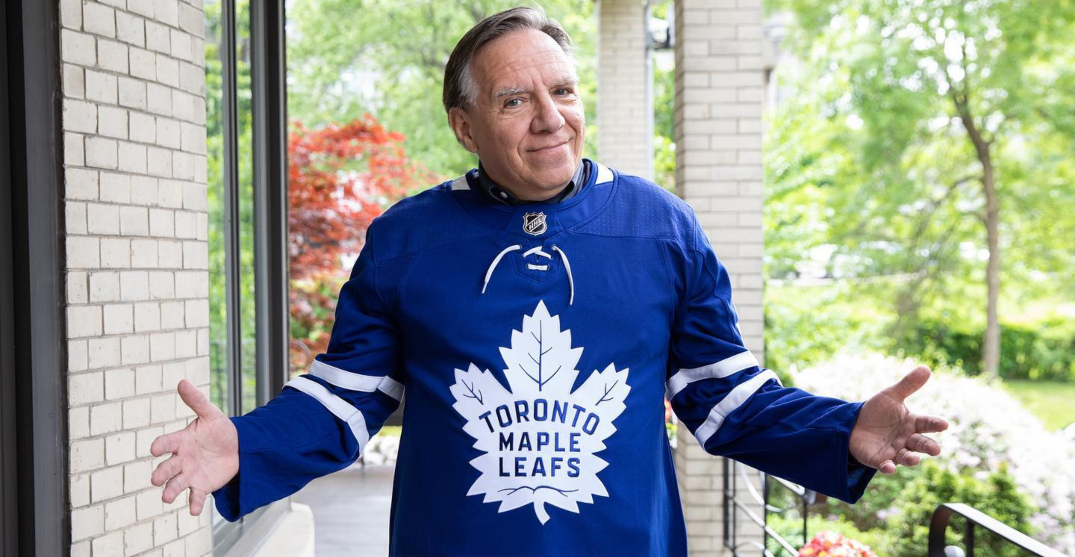 You really have to be wary about everything on April 1. Including political sacrilege.

As a clue that it’s a joke, Legault posted an emoji of a fish in reference to “poisson d’avril,” the French equivalent to “April Fool’s.”

The comments have been exactly as expected, “borderline treason,” “I couldn’t believe my eyes for a second,” along with several vomiting emojis.

Of all the things Legault pulled off over the past 24 months, this could be the worst…