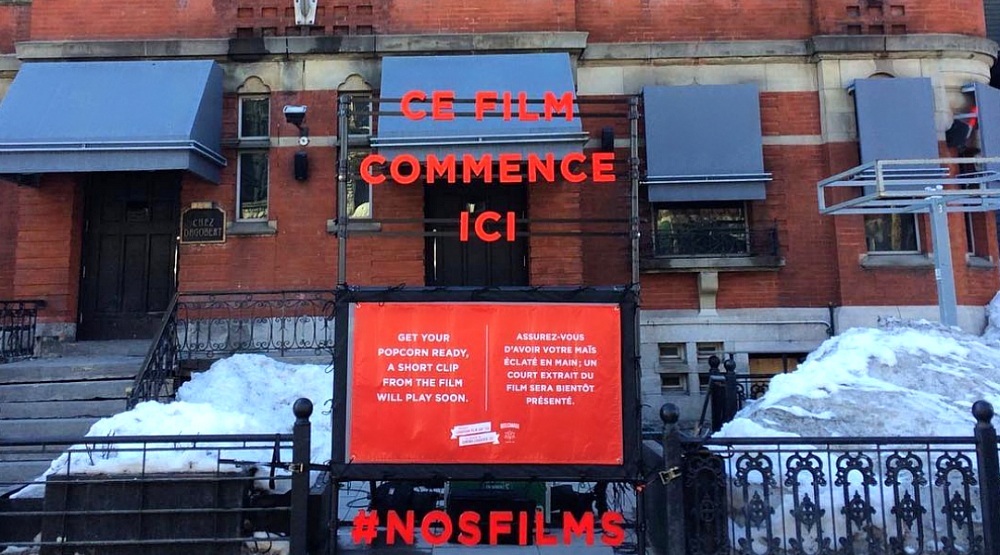 In honour of the country’s 150th anniversary, a special day called National Canadian Film Day 150 (NCFD 150) has been created.

Set to take place across the nation on April 19, 2017, NCFD 150 is a massive one-day celebration that showcases the best of Canadiana film.

On April 19, great Canadian movies will become available online and will be screened at nearly 2,000 locations in Canada. These include libraries, movie theatres, public squares, and more.

As you might suspect, Montreal is participating! Westmount’s Victoria Hall will be screening Mambo Italiano (2003) at 1pm on April 19.

This event is completely free of charge so be sure to swing by Victoria Hall on April 19 in order to participate in the world’s largest film festival!