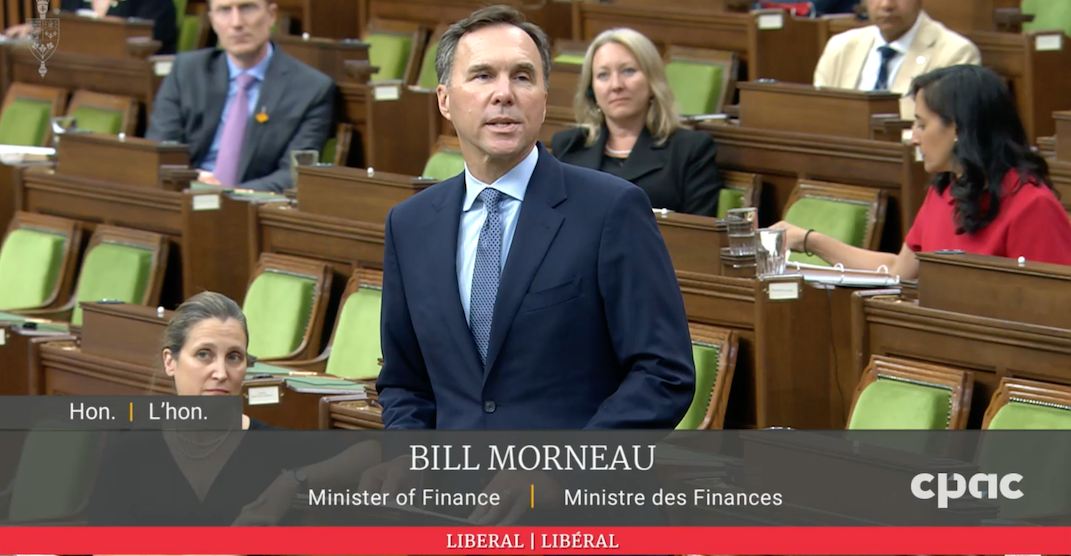 The federal budget deficit for the 2021 fiscal year will total $343.2 billion — 10 times greater than the previous year’s deficit.

Finance Minister Bill Morneau provided a federal economic snapshot until March 31, 2021 (the end of the fiscal year), in the House of Commons Wednesday morning.

“The temporary measures implemented through the government’s economic response plan will have a significant impact on the federal deficit,” says a release from the Government of Canada.

“Coupled with the severe deterioration in the economic outlook, these result in a projected deficit of $343.2 billion in 2020-21.”

Morneau added that “trying to predict further would be potentially misleading. The possibility of further outbreaks looms on the horizon, and accurate long-term forecasting is impossible in such a volatile environment.”

According to Morneau, the unemployment rate went from historic lows in January to historic highs in May.

“We know that low-wage workers, young people, and immigrants bore the brunt of employment losses in March and April,” he added.

“While some jobs returned in May, the sectors that women work in have been slower to rebound.”

According to a release, “5.5 million Canadians – 30 per cent of the workforce – either lost their jobs or saw their hours significantly scaled back over March and April.”

Morneau mentioned that average daily coronavirus cases in the country have declined about 80% from their peak in late April.

“Our collective decisions as Canadians, to put each other’s health above all else, has meant we have flattened the curve faster than many other countries,” said Morneau.

Morneau says that in order to ensure a full economic recovery, keeping the rates of transmission low will be key.

“We know the best economic policy continues to be containing the spread of the virus,” he said.

“If we can keep the transmission rates steadily declining, we can ensure a stable and steady economic recovery.”