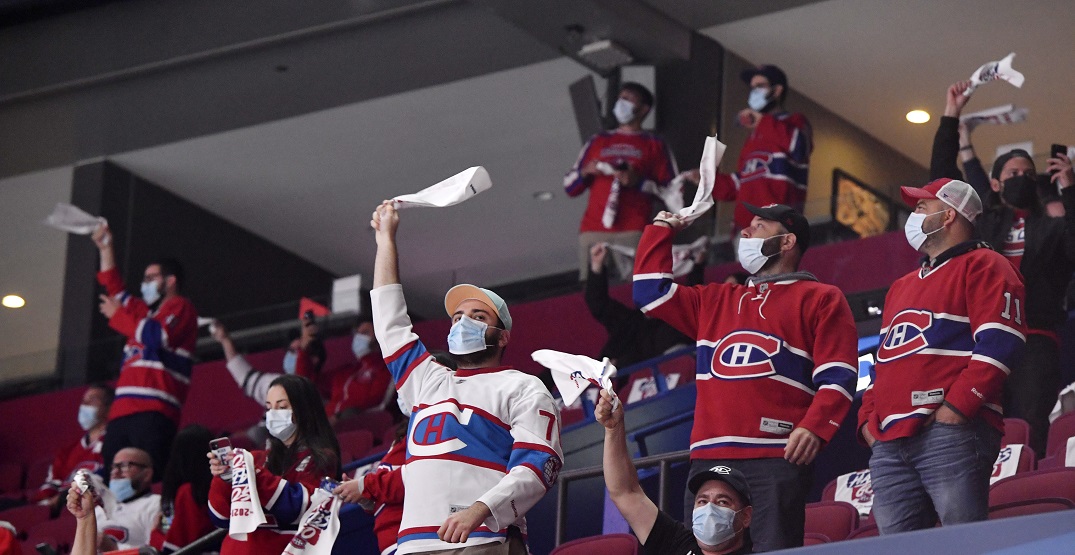 Playoff hockey isn’t meant to be played in near-silence, especially when it involves two rivals like the Toronto Maple Leafs and Montreal Canadiens.

On Saturday night, things felt at least a little bit more normal, with a loud Bell Centre crowd for a tight Leafs-Canadiens game. Montreal came out on top in a 3-2 win to tie up the best-of-seven series at three games apiece. It was the first game with fans in a Canadian arena since March 2020.

Jesperi Kotkaniemi’s overtime goal, the biggest of his career to date, was quite the scene to behold, with the Bell Centre as vibrant as you could expect from a reduced capacity crowd.

A total of 2,500 fans were allowed into the rink per Quebec’s recent reopening plan, or about 12% of the arena’s capacity.

Game 7 goes Monday night in Toronto, although Ontario has not yet approved fans’ return.

Here’s to hoping increasing vaccination rates and lower COVID-19 cases help bring fans back in larger numbers when it is safe to do so.