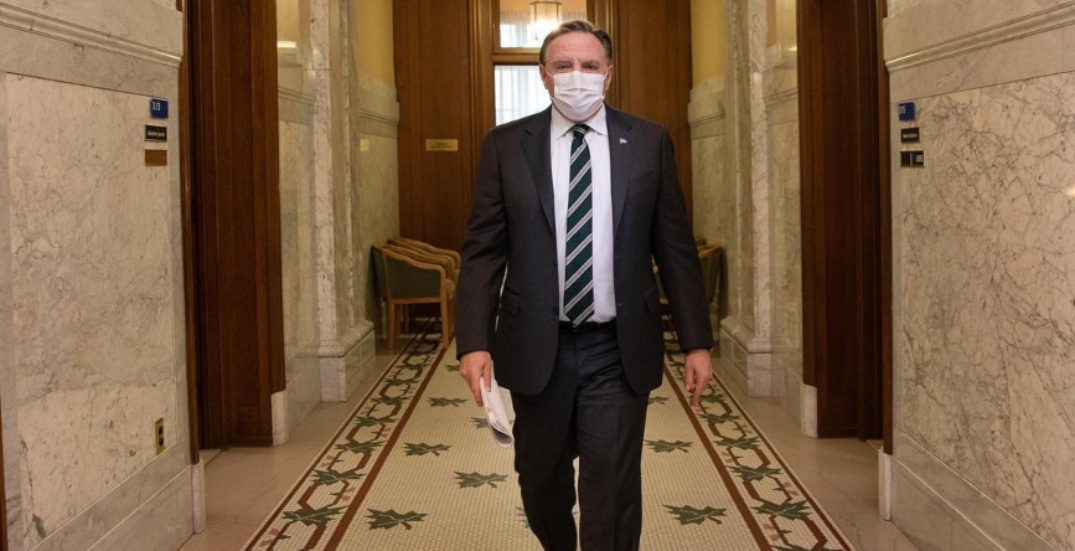 People in Quebec looking to ditch the face mask as of April 15 will no longer have that option.

Quebec’s interim director of public health, Dr. Luc Boileau, announced the government has extended the mask mandate past mid-April amid a rise in cases during Quebec’s sixth wave.

Over the next few weeks, Boileau says public health is anticipating a rise in COVID-19 cases and hospitalizations across the province.

Boileau says the government has decided to extend the mask mandate across the province “for the rest of April.” He says the recommendation stems from public health saying face masks are “a good thing” because the COVID-19 virus continues to circulate in Quebec.

Boileau didn’t comment on giving a firm date for when the mask mandate could be lifted and stated officials will “continue to monitor” the situation, which he says is “constantly evolving.”

Boileau says the government and public health’s decision stems from the Omicron BA.2 variant which has become a “new cause for concern.”

Boileau says Quebecers who develop symptoms should “get tests and isolate immediately” for five days at home. After five days, people are to make a “concise decision” as to whether they can resume activities, go to restaurants, and visit venues.

“We have to remain vigilant, keep distancing, and wear your mask at all times,” he continued in French. “Some people are more at risk to develop complications from COVID-19, especially those over 70.”

In March, the CAQ government said the indoor face mask mandate will be removed across the province “by the latest mid-Apri.” At the time, Boileau said the epidemiological situation is “going very well” during Quebec’s transition to a “return to normal.”

The province had initially said it would do away with masking in public on April 15, but a resurgent COVID-19 virus has forced the CAQ government to reconsider.

Across Canada, mask mandates have all either been lifted or will be at the end of this week.

By Thursday, Quebec will be the only province where mask mandates are still in place.