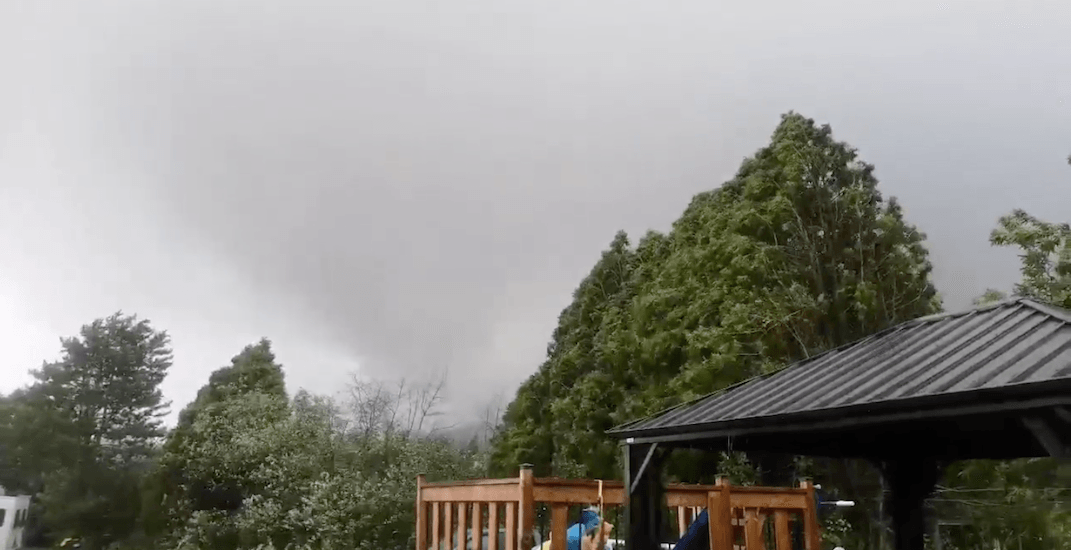 “Environment and Climate Change Canada confirms that a tornado rated EF-1 accompanied by winds up to 175 kilometres per hour caused the damages observed in the area near
7:30 pm,” reads the weather agency’s summary.

Three people were taken to hospital with minor injuries, according to Environment Canada. Officials assessed the damage and confirmed that the winds were moving in rotations, rather than gusts, the definition of a tornado.

Lac-aux-Sables Mayor Yvon Bourassa said the campsite and homes on Sainte-Marie Street were evacuated and about 60 people were forced out.

Local police, paramedics, and Hydro-Quebec were all on scene in the aftermath of the tornado.

Environment Canada had never issued a Tornado Warning but mentioned that “severe thunderstorms can produce tornadoes” in yesterday’s Thunderstorm Watch.

The video has since been viewed over 90,000 times.