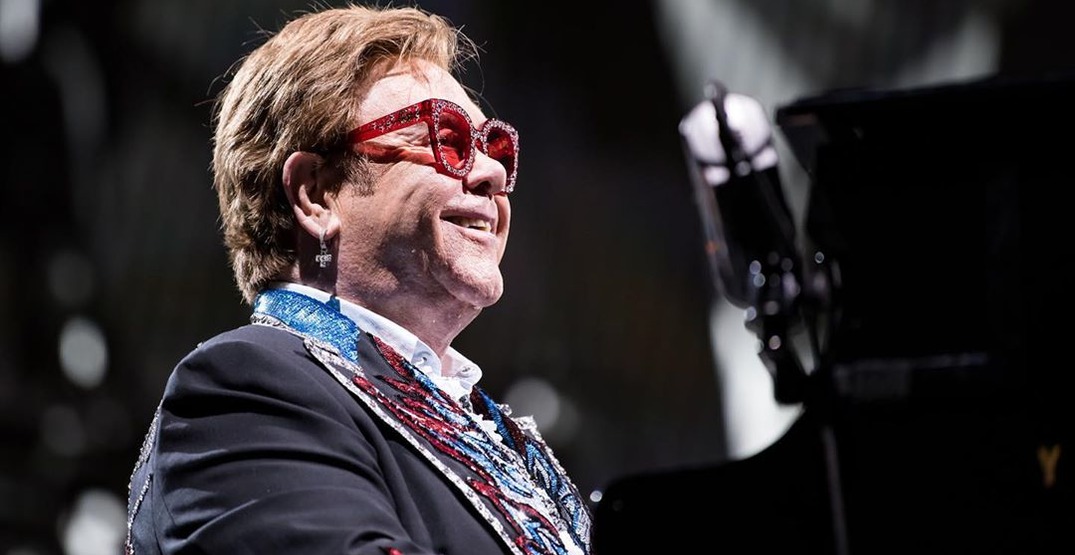 Elton John will be performing in Toronto and Montreal for his rescheduled North America 2022 tour.

The concert is part of his award-winning, global Farewell Yellow Brick Road Tour. with it kicking of again in North America on January 19, 2022.

The Farewell Yellow Brick Road Tour will conclude with a series of select stadium performances taking place worldwide. Additional information on these concerts will be announced at a later date.

“I’ve been enjoying my time at home with the family while the world navigates its way through the COVID pandemic. But, I really miss being on the road and performing for my beloved fans in my Farewell Yellow Brick Road Tour. While the scientists are making great progress, we are making big plans for a return to touring that will allow us to ensure the health and safety of everyone,” John said on social media.

“I will be starting my tour again in Europe and the UK in the Fall of 2021. And I will be back in North America starting in January 2022.  This means my New Zealand dates will be postponed until 2023. Don’t worry about me.  I’m using my downtime to keep myself fighting fit and healthier than ever. I’m raring to go! As always, thank you so much for your loyal support.”

Any current ticketholder will have their tickets honoured at the rescheduled performances.

The tour initially began to on September 8, 2018 in Allentown, Pennsylvania and was met with critical acclaim.