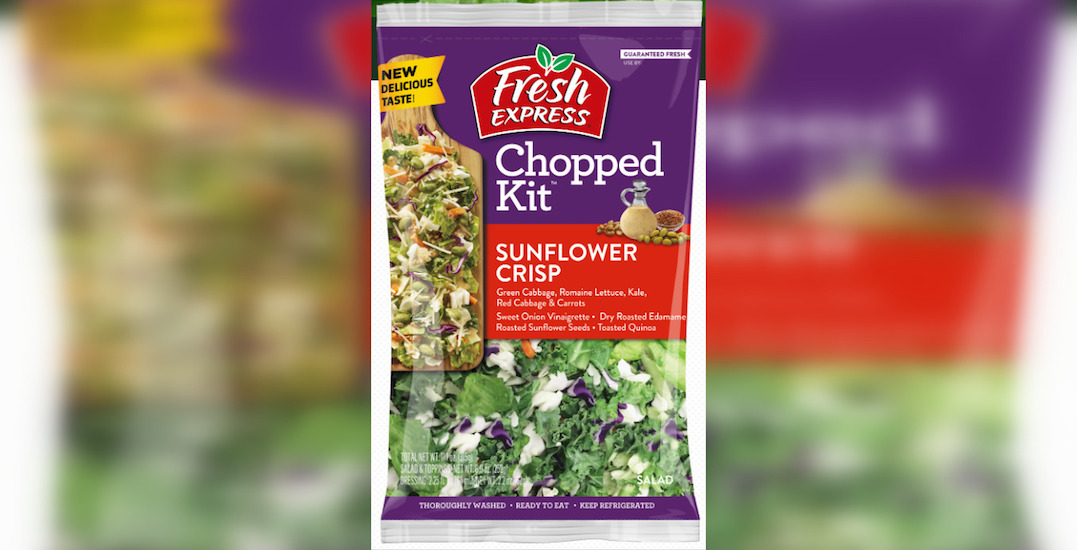 The outbreak appears to be ongoing, as illnesses continue to be reported to PHAC.

Reportedly, exposure to Fresh Express brand Sunflower Crisp Chopped Salad Kits has been identified as a likely source of the outbreak, as many of the ill reported having eaten the product before their illnesses occurred.

Individuals between 11 and 73 years of age became sick between November 5 and November 22. To date, four individuals have been hospitalized, and no deaths have been reported. The majority of cases — 62% — are female.

The investigation is ongoing, and it is possible that additional sources could be identified.

On December 8, 2019, the CFIA issued a food recall warning for the product, sold in 315g packages, with UPC Code: 0 71279 30906 4, beginning with lot code Z. These products have a best before date up to and including December 7, 2019, and were sold in Ontario, Quebec, New Brunswick, Nova Scotia, Prince Edward Island, and Newfoundland and Labrador.

More information on the recalled product can be found on this website.

Consumers are advised not to eat the product mentioned above. Retailers and food service establishments are also advised not to sell or serve the product, or any items that may have been prepared or produced using it.

The CFIA is continuing its food safety investigation, which may lead to further product recalls. If this is the case, the public will be notified through updated food recall warnings.

Additionally, it’s possible that more recent illnesses may be reported in the outbreak because of the period between when a person becomes ill and when the illness is reported to public health officials. For this outbreak, the illness reporting period is between three and four weeks.

E. coli O157 is more likely to cause severe illness than other strains of E. coli. Pregnant women, those with weakened immune systems, young children, and older adults are reportedly most at risk for developing serious complications.

In most cases, those who become ill from an E. coli infection will recover completely on their own. However, some may have a more serious illness that requires hospital care or causes long-lasting health effects. In rare cases, some individuals may develop life-threatening complications, including stroke, kidney failure and seizures, which could result in death.

It is possible for some people to be infected with the bacteria and to not get sick or show any symptoms, but to still be able to spread the infection to others.

Symptoms of E. coli are varied, ranging from none at all to more severe experiences. The following symptoms can appear within one to ten days after contact with the bacteria:

Most symptoms end within five to ten days.

There is no real treatment for E. coli infections, other than monitoring the illness, providing comfort, and preventing dehydration through proper hydration and nutrition. People who develop complications may need further treatment, such as dialysis for kidney failure. Health care providers should be contacted if symptoms persist.

Finally, check to see if you have any Fresh Express brand Sunflower Crisp Chopped Salad Kits in your home. If you do, follow this advice: 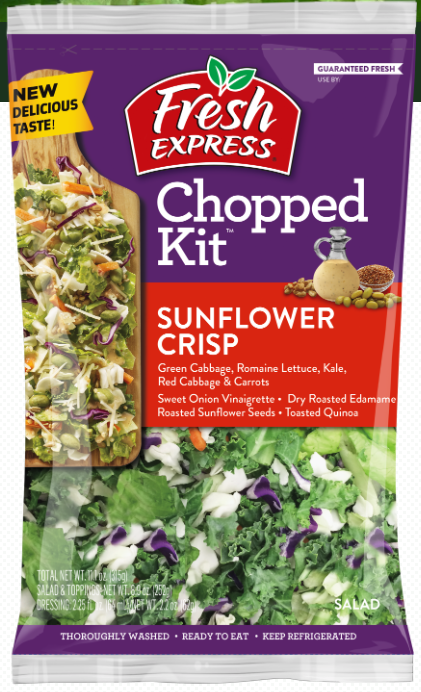 The Government of Canada will continue to update Canadians as new information related to this investigation becomes available.