Additional flights and one train leaving from or landing in Montreal have been added to the Government of Canada’s possible coronavirus exposure list.

Nine new flights have been added since our last update on September 9.

In total, passengers on six international flights that touched down in Montreal could have been exposed to COVID-19, according to the Government of Canada. Eight domestic flights that departed from Montreal or landed at YUL could also have led to virus exposure.

A train that departed Montreal for Ottawa on August 31 also had one confirmed case.

Most recently, a September 11 Turkish Airlines (TK35) flight departing from Instanbul to Montreal was added to the list as well as a domestic flight destined from Calgary (AC323) on September 7.

Domestically, flights departing from or landing in Montreal have come from Vancouver, Toronto, Ottawa, and Calgary since the end of August and the beginning of September, with affected rows identified for most flights. 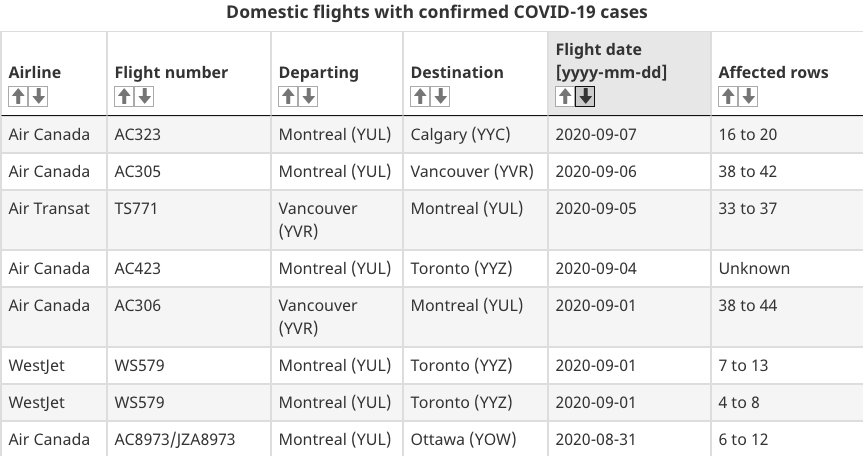 A VIA Rail train departed from Montreal on August 31 and stopped in Ottawa also had a confirmed case.