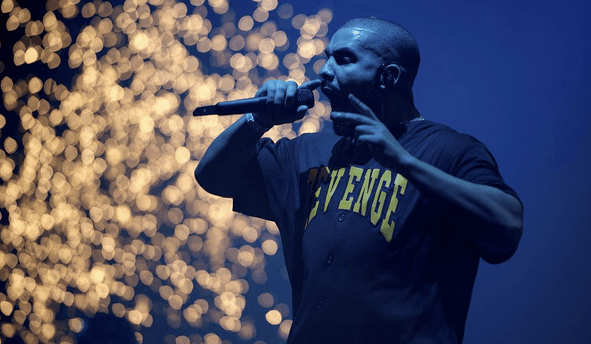 The weather is getting cooler, but the venues are heating up!

From Adele to Canada’s own Drake, and everything in between, Montreal is getting a healthy dose of live music in October. And to help you plan the weeks ahead, here are concerts you shouldn’t miss this month.

See you at the show, Montreal!

Since her album 19 back in 2008, Adele has been unstoppable. The young brit rose to fame throughout her next two albums, 2011’s 21 and last year’s 25. And clearly, everyone in Montreal want to see Adele live as she’s sold-out two shows at the Bell Centre this month – well one on September 30. Hello!

Boyce Avenue rose to superstar status a few years ago courtesy of their wildly popular YouTube channels. The band, made up of brothers Daniel, Fabian, and Alejandro Manzano, upload original material and cover songs (like their awesome version of Adele’s “Hello”), and their videos have been seen more than a billion times online. This is the new date from their rescheduled show on May 16 – all tickets from the earlier date will be honoured.

Rapper Austin Richard Post (aka Post Malone) scored a modest hit last year with “White Iverson” which led to a spot opening for Justin Bieber on his Purpose Tour. Malone and Bieber have since collaborated on “Deja Vu,” the lead single from his upcoming album Stoney. Toronto’s Jazz Cartier will open for Malone on his fall tour.

When: Monday, October 3 at 6:30 pm
Where: Metropolis – 59 Rue Sainte-Catherine Est
Tickets: Available online for $44. All ages

Three albums and world domination, James Blake is one of the biggest names in the electronic music world. The award-winning musician has been featured in many music projects from Drake to Frank Ocean and Beyonce. With his dance/bass styles incomparable to anyone else in the industry right now, we won’t be surprised if this one sells out – especially considering this is the perfect venue for Blake.

When: Wednesday, October 5 at 8 pm
Where: Metropolis – 59 Rue Sainte-Catherine Est
Tickets: Available online at $51.05. All ages

It’s been quite the year for our Canadian boy. Drake released his highly successful album Views and has been on tour most of the summer with Future on the “Summer Sixteen Tour.” It’s been sold-out arena after the other, as North America anticipated the Toronto star’s return to the stage. And Montreal is no exception. Get ready to have your Hotline Bling!

English singer/songwriter Tom Odell might be known for his single “Another Love,” or his recently released video for “Here I am” which features Kevin Spacey. The talented young musician’s latest studio album Wrong Crowd came out earlier this year, and Odell is now on the road with our lucky stop this month.

Saves the Day & Coheed and Cambria

New York’s Coheed and Cambria are back after their recent release of The Color Before The Sun, and are on a North American tour with none-other-than Saves The Day. Although Saves The Day haven’t released anything since their 2013 self-titled LP, they are currently working on an album – so you never know, you may hear some new tracks. This is a 90’s rock/emo dream come true.

When: Wednesday, October 12 at 6 pm
Where: Corona theatre – 2490 Notre-Dame Ouest
Tickets: Available online at $37. All ages

Les Cowboys Fringants are one of Quebec’s most known folk rock band, and who doesn’t love ’em. Last year, the band, who have been around since 1997, released their album Octobre – which was also the name of their single. Catch them live this month!

When: Saturday, October 15 at 8 pm
Where: Metropolis – 59 Rue Sainte-Catherine Est
Tickets: Available online at $40.25. All ages

American rapper Ty Dolla $ign is everywhere these days – including Montreal this month. Ty Dolla is known for his singles “Paranoid” and “Blase,” and has worked with everyone from Kendrick Lamar to Kanye and Diddy. He’s hot in the music scene, and will be heating up the Olympia soon.

Vancouver babes Bob Moses are back in Montreal for a show at L’Astral. With their debut album, Days Gone By, released in September, expect to hear a lot of epic electo-pop fusions like their singles “Talk” and “Too Much Is Never Enough.”

Multiplatinum punk rockers Sum 41 are bringing their Don’t Call It a Sum-Back Tour to Montreal this month. The Ontario boys announced plans to release their sixth full-length album, 13 Voices. The new album, which was crowd-funded through PledgeMusic, coincides with their latest North American tour. Are you ready for some Fat Lip? Welcome back, Deryck Whibley & the gang!

Former America’s Got Talent contestant Lindsey Stirling is changing up the electronic scene. The violin-playing virtuoso has performed for audiences around the world with her original blend of classical music in club beats. Stirling’s latest album, Brave Enough, features guess appearances by Christina Perri and Weezer’s Rivers Cuomo. She’s definitely loved in Montreal, as her show is sold out.

Compton rapper YG is on his North American “Fuck Donald Trump Tour” which stops in Montreal this month. The tour follows the release of YG’s sophomore LP Still Brazy. The 26-year-old had his first major debut in 2009 when he worked with Ty Dolla Sign on “Toot It and Boot It.” He’s since signed with Def Jam Recordings and released several mixed tapes. Still Brazy was released earlier this summer with his single “Why You Always Hatin?” premiering on OVO Radio.

Brooklyn dream pop band Wet are back on the road, and will be in town later this month. The band released their debut album Don’t You earlier this year, and its an indie melodic success from start to finish.

Seven albums and several world tours, Sia is now on a massive arena tour with Miguel and AlunaGeorge. The “Nostalgic for the Present Tour” includes 23 North American dates, with Toronto and Montreal marking their only two Canadian stops. Sia’s hit singles include “I’m in Here”, as well as the recent “Chandelier.”

Montreal-bred electronic duo Adventure Club – made up of Christian Srigley and Leighton James – are performing two special back-to-back hometown Halloween shows at New City Gas! After much anticipation, the duo recently announced that they will release new music for the album Red // Blue. They recently released the first single “Dreams” Ft. ELEA. Catch them live for a great Halloween party!

Having just released their eighth studio album Love You To Death to rave reviews, the Quin twins are now off to their fall tour. Tegan and Sara are talented multinstrumentalists who are also incredible to watch live. Fans are in for a treat with this one!

When: Saturday, October 29 at 7 pm
Where: Metropolis – 59 Rue Sainte-Catherine Est
Tickets: Available online at $45.45. All ages