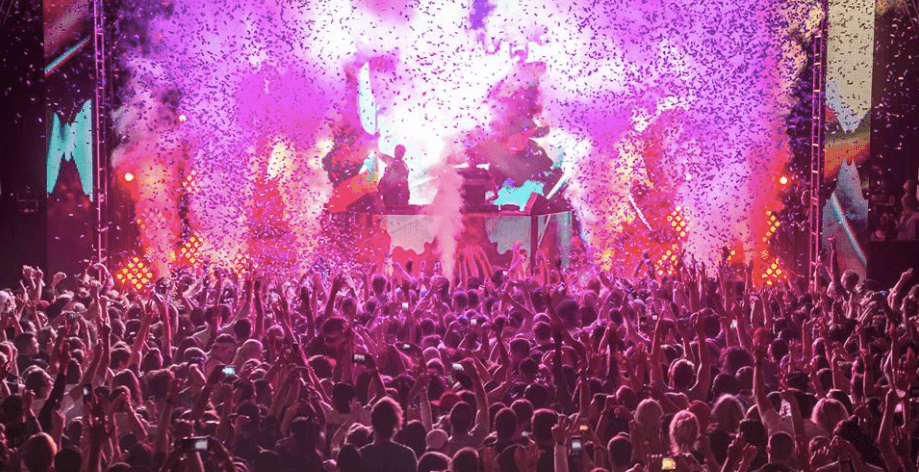 It’s been a great year for music in Montreal, and there is one more month to take advantage of it all.

While getting shopping done, maybe pick up a ticket or two (Treat-yo-self!) to one of these shows this month. From local faves to international rap stars, here are the concerts and shows you should check out in Montreal in December.

American singer/songwriter William Fitzsimmons returns to our city this month, bringing his indie folk sound to The Great Hall. The  multi-instrumentalist released the successful Lions in 2014, and released Charleroi: Pittsburgh, Vol. 2 earlier this year.

Polaris Music Prize nominee and Toronto’s own Basia Bulat is at the Danforth Music Hall this weekend. The multi-instrumentalist is known for performing with an autoharp. Bulat is touring her fourth studio album Good Advice, which came out earlier this year.

Tory Lanez is bringing his crowdwalking skills to Montreal. Lanez is known for his crowdsurfing, beats, and rap style and is one of Toronto’s biggest music exports these days. His debut album, I Told You, was released in August and his massive four-month tour started shortly after. Clearly Lanez is loved, as the majority of his tour dates have sold-out.

This American rapper and producer has four studio albums, including his 2016 release The Divine Feminine. The album includes his hit single “Dang!” featuring Anderson Paak, and produced by Vancouver’s Pomo. He’s in town with “The Divine Feminine Tour” with Soulection feat. The Wooligan.

Vancouver’s Ekali (aka Nathan Shaw) began making electronic beats back in 2014. Two years later, the young producer has become a global touring artist with captivating original work and collaborations. Get ready to sweat it out with this one at Newspeak.

Sam Roberts released his debut back in 2002, until that point, young Roberts had been a violin player and eventually moved on to play guitar with his friends – and we are happy he did. Roberts released his sixth album Terraform in October, and is now touring with Hollerado.

When: Friday, December 16 at 7 pm
Where: Corona Theatre– 2490 Notre-Dame Ouest
Tickets: Available online at $44. All ages

If you haven’t heard of Emilie & Ogden, let us introduce you. This is a duo unlike any other. Emilie, the soft yet powerful vocals, and Ogden, her harp. The talented young folk artist has taken her harp on tour across the country, and is in the city for a hometown show. Her live set is unforgettable.

Halifax’s Wintersleep are on the road this winter, touring their latest record The Great Detachment. The Juno award-winning band, who recorded their album in their Montreal studio, are known for their 2007 release, Welcome to the Night Sky, which featured their first hit single “Weightly Ghost.”

Les Cowboys Fringants are one of Quebec’s most known folk rock band, and who doesn’t love ’em. Les Fringants are back in Montreal for two shows this month. Last year, the band, who have been around since 1997, released their album Octobre – which was also the name of their single.

When: Wednesday, December 28 and Thursday, December 29 at 8 pm
Where: Metropolis – 59 Rue Sainte-Catherine Est
Tickets: Available online at $40. All ages

Texas producers Tritonal return to end 2016 with a bang. The electro house duo have been in the music scene since 2008, and have been supported by other DJs like Armin van Buuren, Above & Beyond, and Tiësto. Popular among the big electronic music festivals, catch Tritonal in a more intimate venue later this month with Dzeko & Torres.