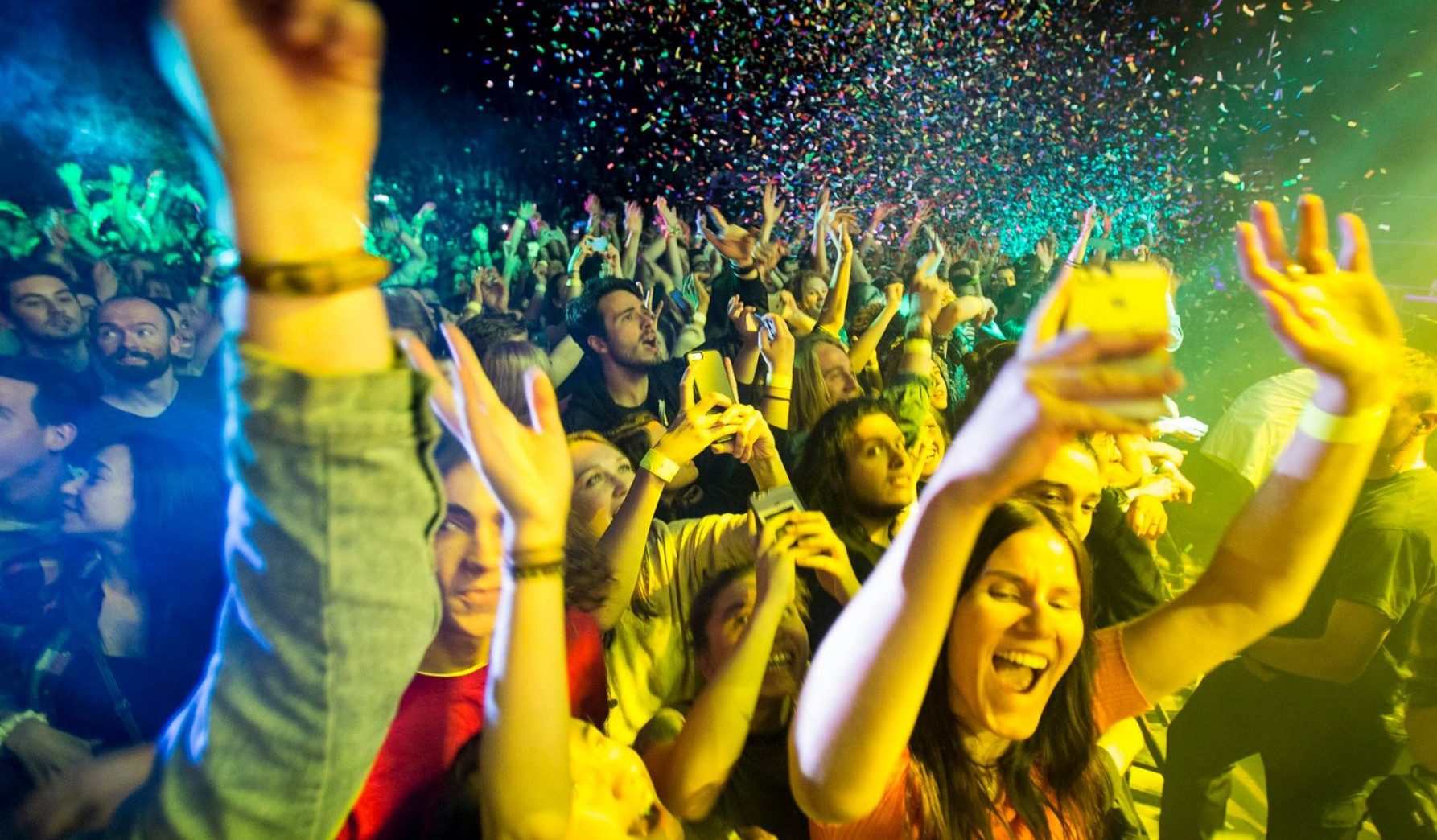 Welcome back, summer in Montreal. We’ve missed you.

And ah, do you hear that? The sweet sounds of summer return, with a ton of awesome shows and one of Canada’s best music festivals. Are you ready to enjoy Montreal’s summer concert season?

Uber talented Canadian singer-songwriter Rufus Wainwright’s voice is a force of nature. His live performances are incredible, and completely unpredictable. He’s in town for the TD International Jazz Festival, and will be playing two shows at Place des Arts.

Internationally renown Dutch DJ and record producer, Tiesto returns to Montreal over the long weekend. The legendary DJ has been spinning and producing records since the early ’90s – can you believe it? His set is bound to mix some old with some new.

It’s been a while, but R&B soul singer Maxwell is back in our city. With a massive hiatus between his 2009 album “BLACKsummers’night,” and his latest release blackSUMMERS’night, this is a huge welcome back tour – one that’s bound to sell out!

A woman needs no introduction, Ms. Lauryn Hill is in town as part of the TD Montreal International Jazz Festival. The ex-member of popular ’90s group, The Fugees, Hill has gained her own international following with her solo albums. And rumour has it, she definitely includes Fugees tracks in her live sets.

Detroit’s Danny Brown is no stranger in today’s hip hop scene. From touring with A$AP Rocky, to his tracks like When It Rain – from his yet-untitled new record- Brown continues to build his fan base. It will be no surprise if he is hip hop’s next massive thing.

Celebrate Tuesday after the long weekend with the Montreal stop on The Smokers Club Tour. Featuring CAM’RON’s return to our city, along with the Underachievers, G-Herbo, Smoke Dza, Nyck Caution, and more.

Whether you loved or hated Oasis (we loved), The Gallaghers have always been some of rock’s most disliked brothers. But personalities aside, we can not help but love their music. Just us? Anyway, Noel is back on tour with his High Flying Birds. And considering he wrote 86% of Oasis songs, there are often surprises.

In case you’re wondering, yes this is THE Cult. British rockers from the ’80s, The Cult returned this year after their last album back in 2012. Their latest album “Hidden City” came out earlier this year and the rockstars are back on the road for a summer tour.

YouTube celebs and boyband-status-heartthrobs 5 Seconds of Summer are arguably one of Australia’s biggest exports these days. Although they only have two studio albums, their fan base is dedicated and their shows are often sold out.

One of our fave indie folk bands are in town this month! Since their 2009 single “Home,” these guys had us hooked. Edward Sharpe & The Magnetic Zeros’ fourth studio album PersonA was released in April, and is just as good as anticipated. Check out these babes live soon!

Sister-duo Nervo return to Montreal, this time with Michael Woods and Generik. Known for their banger EDM collaborations, the Nervo gals are full of energy, and their show will be all about dancing – we guarantee it.

Sometimes, the 90’s comes back. This time around, it’s Slipknot (fully-masked as usual) along with rock heavy hitter Marilyn Manson. Both bands have released new material in the past year, and are now on the road with Of Mice and Men.

One for the pop music fans, Demi Lovato is bringing her Future Now tour with Nick Jonas. The starlett, known for her roles on X Factor and Glee, is one of the hottest pop musicians today – and that voice of hers reaches all the feels.

Montreal-based Braids are making waves, and were nominated for Juno Award for Alternative Album of the Year in 2015. The eletctro-rock trio were on tour with Hundred Waters last year, and are now back on the road on their own headlining tour.

Homegrown Wolf Parade have returned from hiatus. The band is at the Corona Theatre later this month, touring some new material and some from their last three studio albums.

The Osheaga Music and Arts Festival

And of course, last but not least, Osheaga. The Osheaga Music and Arts Festival will be taking over the city once again, marking the 11-year anniversary of the three-day long indie music festival. This year’s headliners are the Red Hot Chili Peppers, Lana Del Rey, and Radiohead. Other major acts include The Lumineers, Haim, Death Cab for Cutie, Bastille, Grimes, and Passenger.