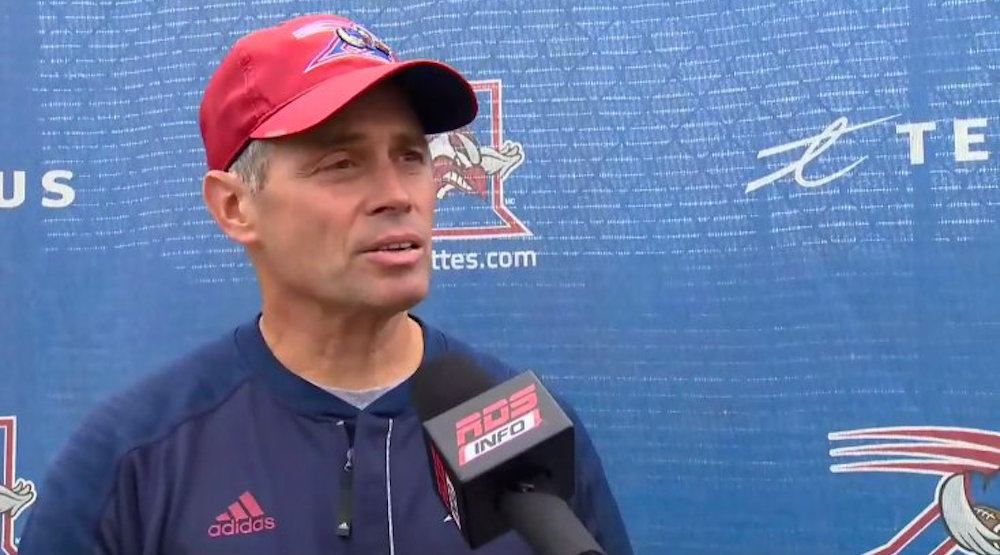 After going 6-12 and missing the playoffs last year for the first time since moving back to Montreal in 1996, things are not any better this year for the Alouettes. In light of that, the Als have decided to make a coaching change, with Jim Popp relinquishing his coaching duties to focus on his job as general manager.

Jacques Chapdelaine named as the team's Interim Head Coach for the rest of the 2016 https://t.co/7yOzflG5ur pic.twitter.com/nowbPGDQ62

In his spot will be veteran coach Jacques Chapdelaine, who was previously the Alouettes’ wide receivers coach and special assistant to the offensive coordinator. For now the Als are giving Chapdelaine the title of interim head coach.

The native of Sherbrooke, Quebec health a wealth of experience, including as an offensive coordinator for the BC Lions, Edmonton Eskimos, and Saskatchewan Roughriders. He also has three Grey Cup championships, as well as a Vanier Cup with Laval in 1999 on his resume.

“I want to thank the Alouettes organization and the Wetenhall family for their faith in me,” Chapdelaine said. “This team has a lot of talent; we have six games left, and we are still in it. When I was coaching in BC in 2011, we made a run like this and ended up winning the Grey Cup; that’s possible for this group of players.”

The Als are currently in last place in the East Division, with a 3-9 record, but just two games back of the Toronto Argonauts for the last playoff spot.