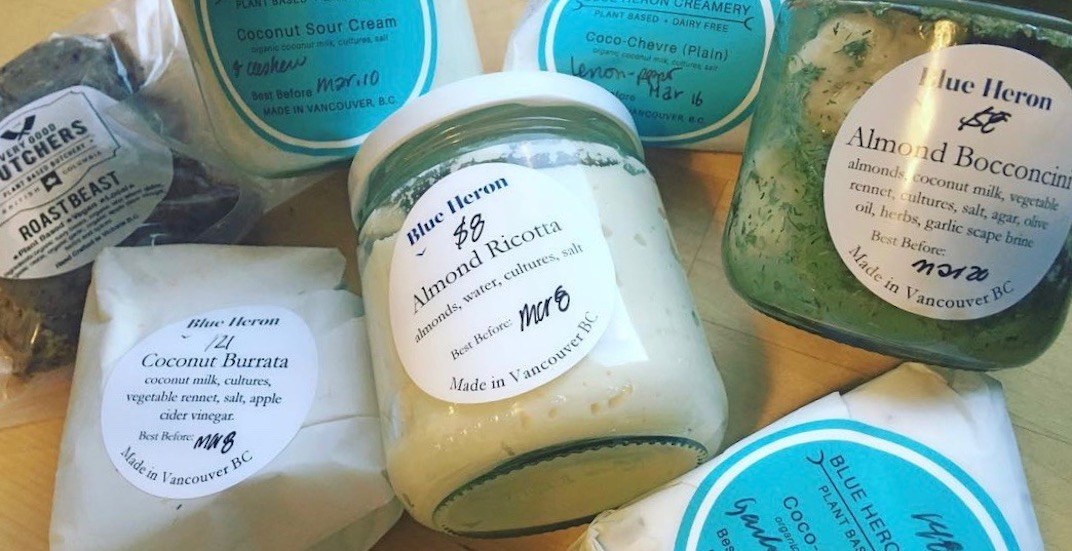 This morning Vancouver’s Blue Heron Creamery was notified by the Canadian Food Inspection Agency (CFIA) that it can continue to market and label its vegan products using the word “cheese.”

The city’s first all-vegan cheese shop found itself scratching its head after a complaint to the CFIA regarding the use of the word “cheese” in its branding and products left the chef and co-owner Karen McAthy looking for clarification on what exactly they can say.

Now, McAthy has shared that the CFIA has revealed what Blue Heron is permitted to print and advertise.

The company can now freely use “100% dairy free, plant-based cheese” or use varietal names such as “cheddar flavoured.”

This response comes after McAthy initially responded to the complaint by asking if Blue Heron could include “distinguishing modifiers such as 100% plant-based or dairy-free” before the product name — to which the CFIA previously said no.

Here’s the direct quote from the notification from the CFIA from February 25, 2019:

The Canadian Food Inspection Agency has further reviewed the information on your internet advertising and have no objection to “100% dairy-free plant-based cheese” as declared on your website provided that it is truthful. An example of an acceptable alternative to varietal names would be “cheddar flavored.”