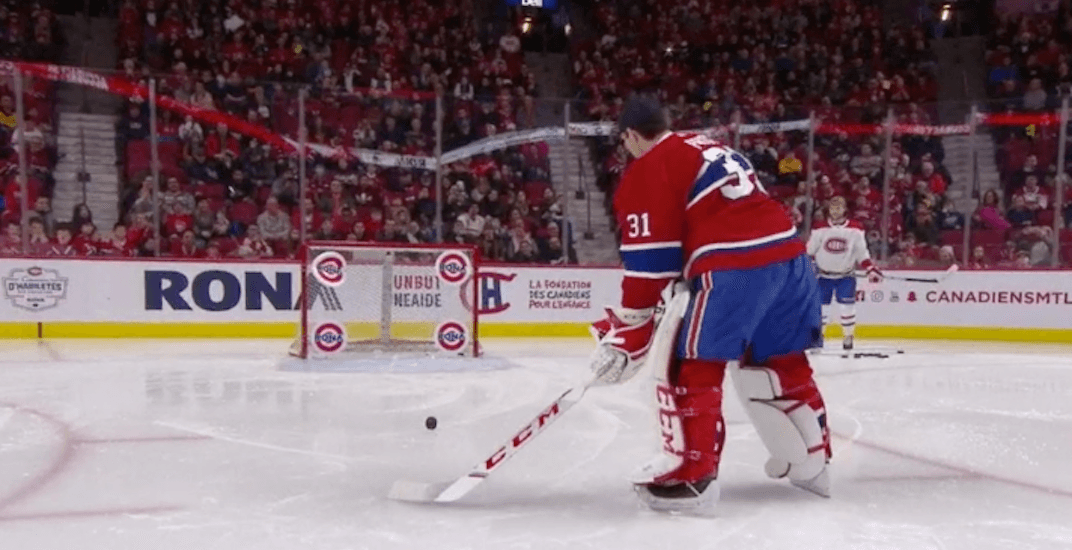 If he wasn’t a star goaltender, Price proved that there might still be room for him on the Montreal Canadiens roster at another position.

Competing in the Canadiens Skills Competition on Sunday, Price showed off his incredible skill in accuracy shooting.

And while Niemi was as terrible as you’d imagine, Price was pretty good. Given 15 seconds to hit four targets, Price connected twice and hit a third target just after time ran out.

Carey Price did better than many of the actual shooters in the #Habs accuracy event this morning at the team skills competition! pic.twitter.com/7sWIIqIrJL

Remarkably, Price did better than both Charles Hudon (0 targets) and Kenny Agostino (1), while tying Brendan Gallagher (2).

It’s been an eventful week for Price, even when he’s not between the pipes.

Last week, he was caught laughing it up on the bench when teammate Victor Mete missed an opportunity to score his first NHL goal into an empty net.

During the pre-game warmup before Saturday’s game, an exchange with his daughter at the glass caught on camera melted everyone’s hearts.

Though he hasn’t returned to Vezina-form, Price is having a nice bounce-back season with a 19-13-4 record and .914 save percentage this season. The Canadiens host the Arizona Coyotes Wednesday at the Bell Centre in the last game before the All-Star break.