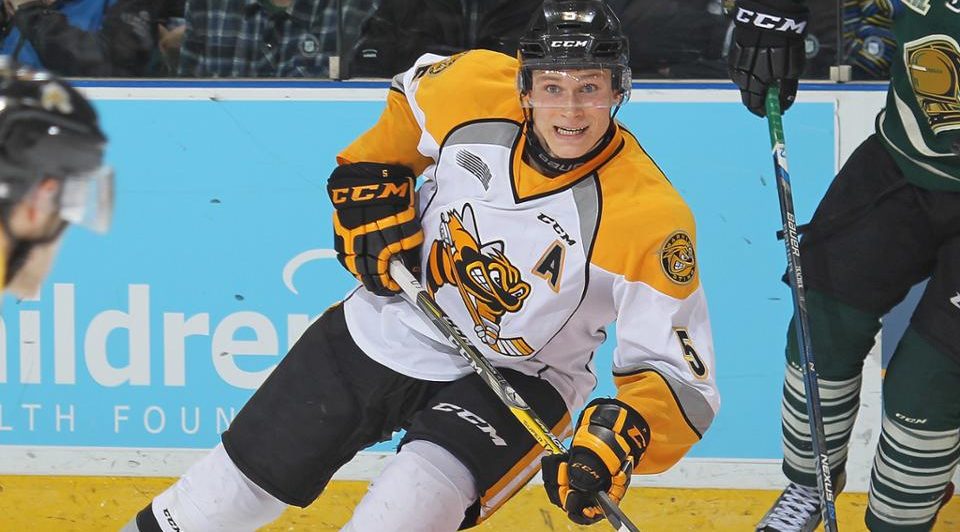 Draft day is one of the biggest days of the year in the NHL. After a whole season of scouting and planning, general managers put their plans in motion and build their team into a Stanley Cup contender.

After being a contender in the Eastern Conference only two seasons ago, the Montreal Canadiens found themselves out of a playoff spot last year and will be picking ninth overall this Friday, June 24, in Buffalo.

By the ninth overall pick, the big names like Auston Matthews, Patrik Laine, and Jesse Puljujarvi will all be off the board. Unless the Habs trade up, it is likely they will not get Matthew Tkachuk or Pierre-Luc Dubois as well, but it’s at this point where the draft gets interesting. There has not been a consensus on where players ranked 6-12 will be drafted, which can lead to some interesting players falling to the director of amateur scouting, Trevor Timmins, and the Canadiens to pick.

The first player on that list is the highest ranked defencemen, Jacob Chychrun. 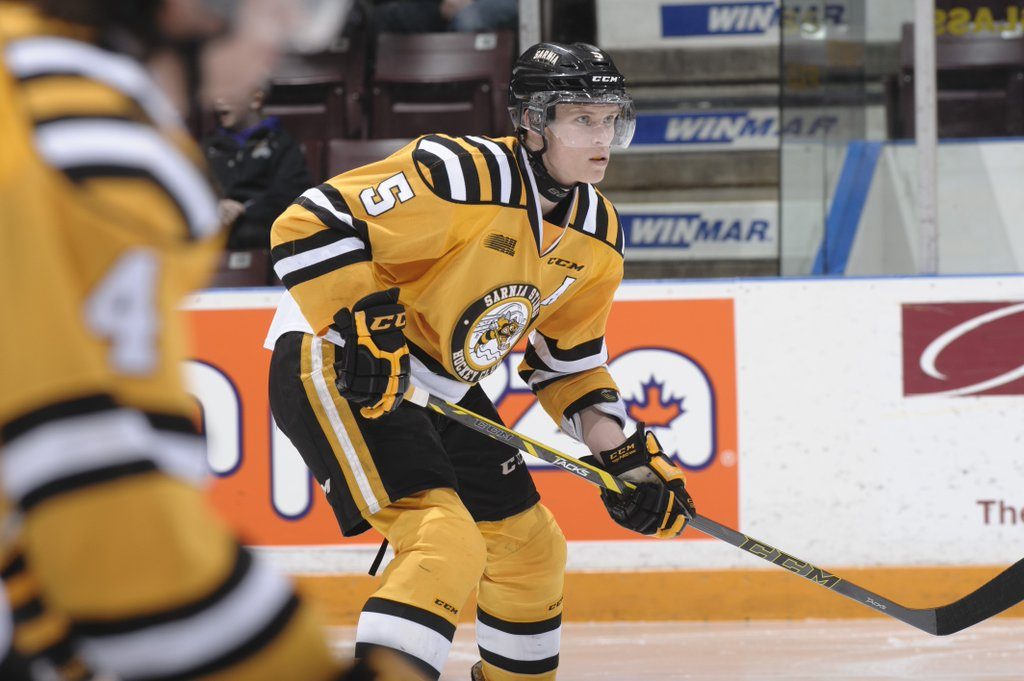 Originally expected to go higher in the draft, his ranking fell over the last season, but he is still projected to a top pairing defencemen.

At 6’2″, and 205 lbs, Chychrun is a big defender. He plays a two-way game and can read the play well, and get into position accordingly. Chychrun can drive the play offensively using his hockey smarts and size. He also uses his size in the defensive zone to win battles along the boards.

The problem with Chychrun is consistency. He’s prone to making mistakes, and losing his spot in the defensive zone.

Chychrun makes sense for the Canadiens as their defensive prospects are currently lacking. He can also be a replacement to the aging Andrei Markov. 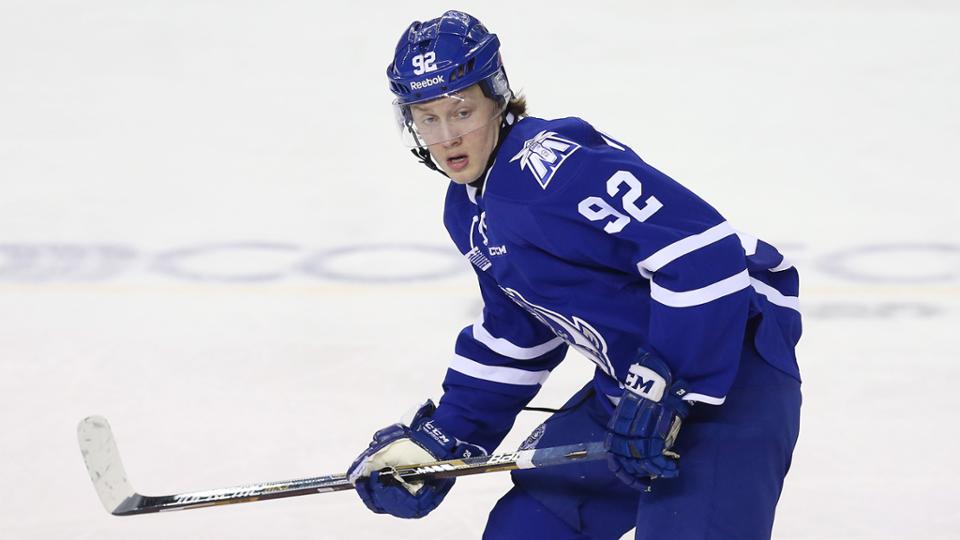 The next player on the list that would make sense for the Habs to pick is winger prospect, Alexander Nylander. He is the younger brother of the Toronto Maple Leafs prospect, William Nylander and the son of former NHLer Michael Nylander.

The 6’0″ skilled winger for the Mississauga Steelheads scored 75 points in 57 games. He has high hockey IQ and can use his speed to exploit defencemen. Nylander has great playmaking skills, and a great shot to go with it.

In today’s possession-based NHL, Nylander will help any line he’s on in that respect as well. His issues are that he still has to learn the defensive side of the game, but with time in the NHL that’ll be less of an issue.

The Canadiens and general manager, Marc Bergevin, are desperate for help on the wing, meaning that if Nylander falls to them at nine, they need to pick him. 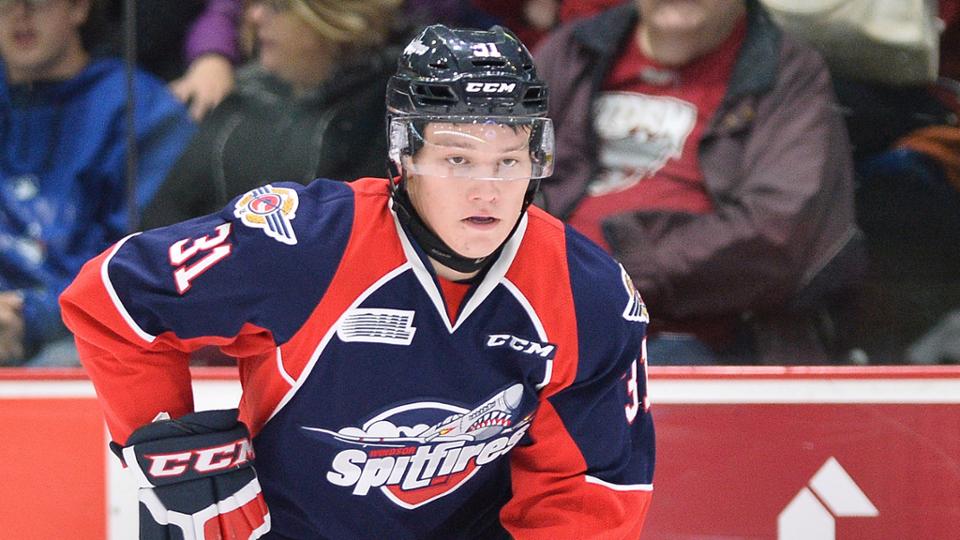 Mikhail Sergachev is Russian-born defenceman that came over to play in the Ontario Hockey League this year with the Windsor Spitfires.

Sergachev is another two-way defenceman that can create offence and play on the power play. Defensively, he’ll cover his man and can quickly get the puck into the neutral and offensive zones with good passing. He’s projected as a top pairing two-way defencemen, but only time will tell how much offence he can effectively bring into the NHL. However, expect Sergachev in the NHL sooner rather than later because of his game smarts and maturity on the ice. 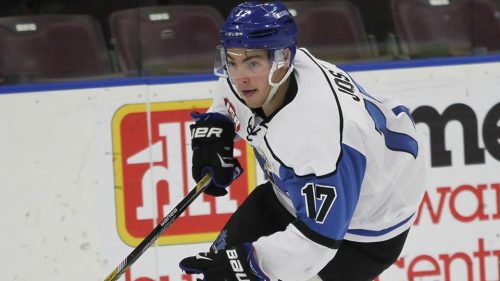 Tyson Jost is a 6’0″ centre that played for the Penticton Vees in the BCHL this season.

Jost has two-way ability, but can surprise fans with the way he creates offence. He can find and exploit open spots on the ice to either set up one of his teammates or go in and score by himself. Defensively, he sticks to his man to try and create turnovers to go back onto offence. His problems stem from the fact that despite scoring 104 points in 48 games, there have been questions on how much offence he can bring into the NHL.

The upside for the Canadiens is that Jost can add some more skill in their prospect pool. With many centres ahead of him on the depth chart, Jost can also develop in the NCAA with the University of North Dakota before coming playing with the big club.

On Friday, June 24, we will finally see who the Canadiens value the most at their pick.