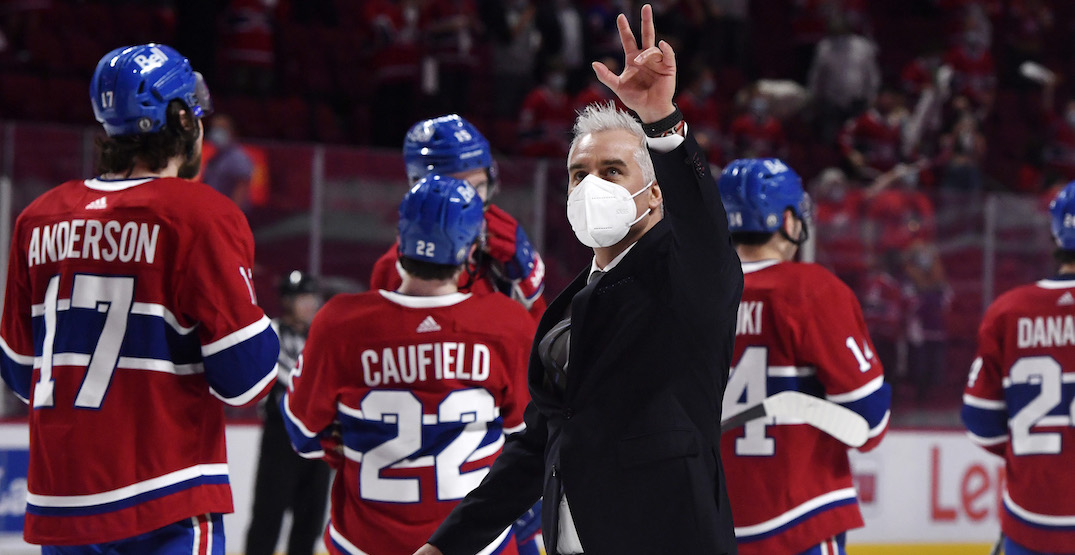 Dominique Ducharme is the “interim” head coach no longer.

As expected following a run to the Stanley Cup Final, the Montreal Canadiens officially made Ducharme the 31st head coach in franchise history, signing the 48-year-old to a three-year contract extension.

Ducharme was promoted to interim head coach on February 24, after the Canadiens fired Claude Julien. The team posted an underwhelming 15-16-7 record under Ducharme to finish the regular season before winning three playoff rounds.

“Dominique has managed to set his system in place and establish himself as a head coach in a very unusual season with challenging circumstances,” said Habs GM Marc Bergevin. “While our team has gone through its fair share of adversity, he has shown a lot of control over the situation as well as showing calm and great leadership. These are important qualities that we look for in a head coach, and he fully deserves the chance to lead our team and take it to the next level.”

Ducharme first joined the Canadiens on April 27, 2018, as an assistant coach. The Joliette, Quebec native spent the previous 10 seasons coaching in the QMJHL.