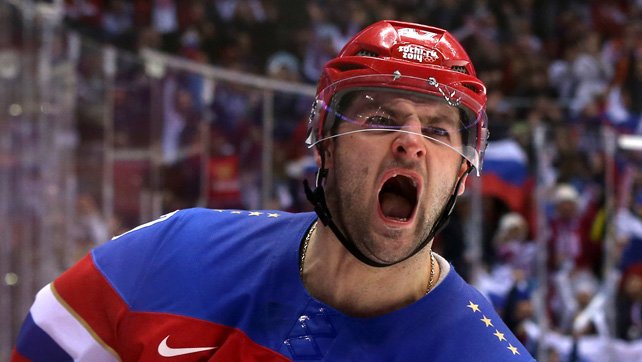 The Montreal Canadiens have announced the signing of Alexander Radulov to a one-year deal worth $5.75 million.

Alex Radulov's $5.75M, one-year contract with #habs includes a signing bonus. I'm in the minority, but I think it's a great fit.

The 29-year-old Russian will be returning to the NHL after four seasons with CSKA Moscow in the KHL. In 154 NHL games with the Nashville Predators, Radulov produced an impressive 102 points.

Radulov had a bit of a bad reputation during his last stint in North America, which ultimately led to his return to Russia. That said, many believe he has matured a bit, and that could allow for this stint to be more successful.

I'm willing to give Radulov the benefit of the doubt. From what I've heard he's cooled down, a lot.
People change. Such is life.

Spoke with 3 people today who are very piped into Russian market. All say Radulov has been a completely different person over last 2 yrs.

There’s also now a connection between Radulov and Shea Weber, who was acquired for P.K Subban just a few days ago. Some would believe that connection is damaged due to Radulov’s actions with Nashville, but Weber’s comments appear to be to the contrary.

Shea Weber on Alex Radulov after the playoff "incident" in 2012: pic.twitter.com/kEiYWrfBO5

Weber’s ‘forgive-and-forget’ mantra may be a good one for Canadiens fans to remember here too. After a questionable (at best) decision to trade Subban for Weber, this signing addresess Montreal’s needs seemingly well.

The Habs need people who can score goals, and that’s exactly what Radulov brings to the table. And the one-year deal means it’s a low-risk, high reward situation.

Redmond is a 6’2″, 205-pound defenseman who’s collected 33 points in 114 NHL games, including six in 37 games last season in Colorado. The 27-year-old signed a two-year, one way deal with the Habs.

With an active start to free agency, it looks like Bergevin is doing all he can to make us forget all about the Subban trade.