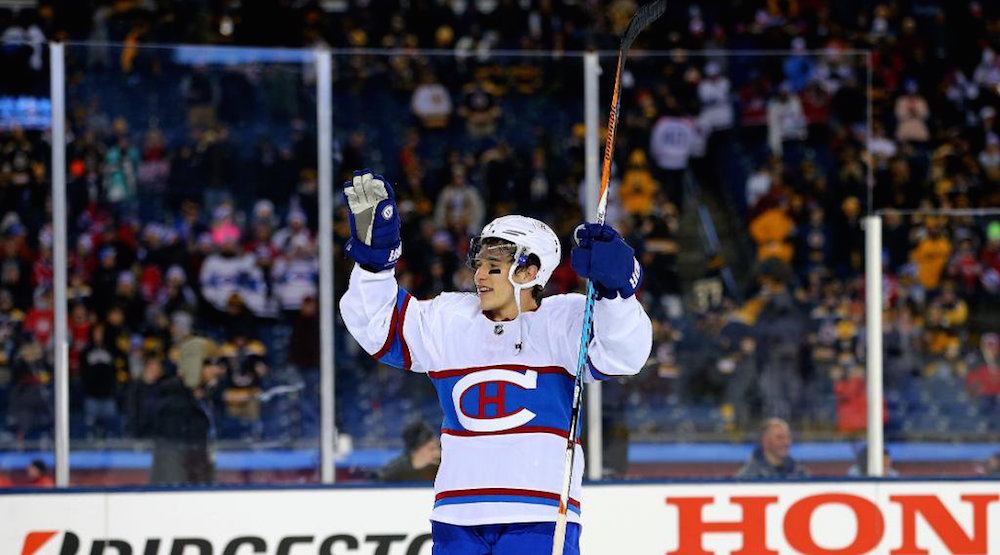 The Montreal Canadiens will be playing in another outdoor game next season, as the NHL revealed that the Habs will play the Senators at TD Place Stadium in Ottawa on Saturday, December 16, 2017.

The league is calling the game the Scotiabank NHL100 Classic Game at Lansdowne Park (gotta keep the sponsors happy), celebrating the 100th anniversary of the first NHL game ever played.

The first night of hockey in NHL history was on December 19, 1917 and featured a game between the Canadiens and Senators at Dey’s Arena in Ottawa (Montreal won 7-4, with Joe Malone scoring five goals).

“By bringing the Ottawa Senators and Montreal Canadiens together, outdoors at Lansdowne Park, we recreate – and reimagine – a match-up of founding NHL franchises who launched 100 years of remarkable history for our League and our fans,” NHL Commissioner Gary Bettman said. “The 2017 Scotiabank NHL100 Classic will serve as another signature event in our Centennial celebration, will set the stage for the next 100 years of NHL excitement and will contribute a unique sports moment to Canada’s sesquicentennial.”

For the Canadiens, outdoor games are beginning to become old hat. This will be Montreal’s fourth outdoor game, having played most recently in the Winter Classic on January 1, 2016 against the Boston Bruins at Gillette Stadium. Prior to that the Habs played in a pair of Winter Classics, in Calgary in 2011 and in Edmonton in 2003.

“We are proud and honoured to have been selected to take an active part in the NHL’s Centennial festivities and the celebration surrounding the 150th anniversary of the Canadian Confederation,” Canadiens president and CEO Geoff Molson said. “This outdoor game in the nation’s capital between two of the league’s longest established franchises will be an event for fans in both cities to enjoy as the 100-year-old rivalry between the two clubs reaches a new level. For our players and our fans, this match-up will be yet another chapter in NHL history.”

Given the geographic proximity of Ottawa to Montreal, there promises to be an electric atmosphere for the game, as a number of visiting fans should make the trip to the nation’s capital.

This game will mark the first true outdoor game played by the Senators. They did participate in the 2014 Heritage Classic at BC Place in Vancouver, but the roof was closed.