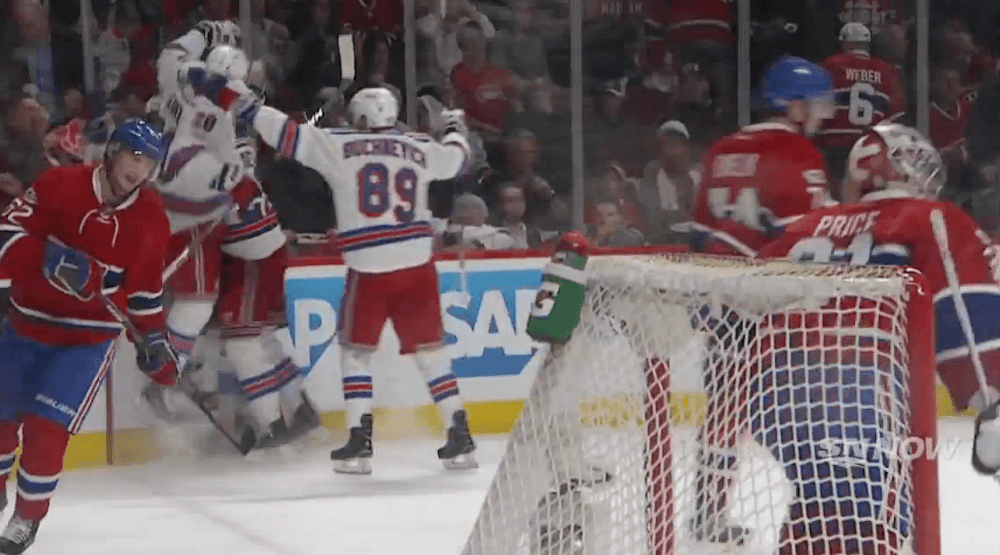 The Montreal Canadiens are on the brink of elimination after a 3-2 overtime loss to the New York Rangers at the Bell Centre on Thursday.

The scoring was fast and furious in the second half of the first period. Artturi Lehkonen got the Habs on the board first, scoring his second goal of the series on a wraparound.

But Montreal answered right back on the same power play, just 24 seconds later, making the score 2-1.

Brendan Gallagher, who was involved physically all night, picked up the puck in the slot and wired home a wrist shot past Lundqvist.

Montreal was the better team in the opening period, outshooting the Rangers 16-9.

The Canadiens held a one-goal lead until Rangers rookie defenceman Brady Skjei scored with 1:32 left in the second period to tie things up, 2-2.

Rick Nash did well to take the puck to the net while Montreal got caught puck chasing, leaving Skjei open.

After a scoreless third period, overtime was needed.

Montreal was outplayed in the extra period, but it was a lucky break that resulted in the game-winner. Chris Kreider’s shot deflected right to Mika Zibanejad, who put the puck past a sprawling Carey Price to end the game.