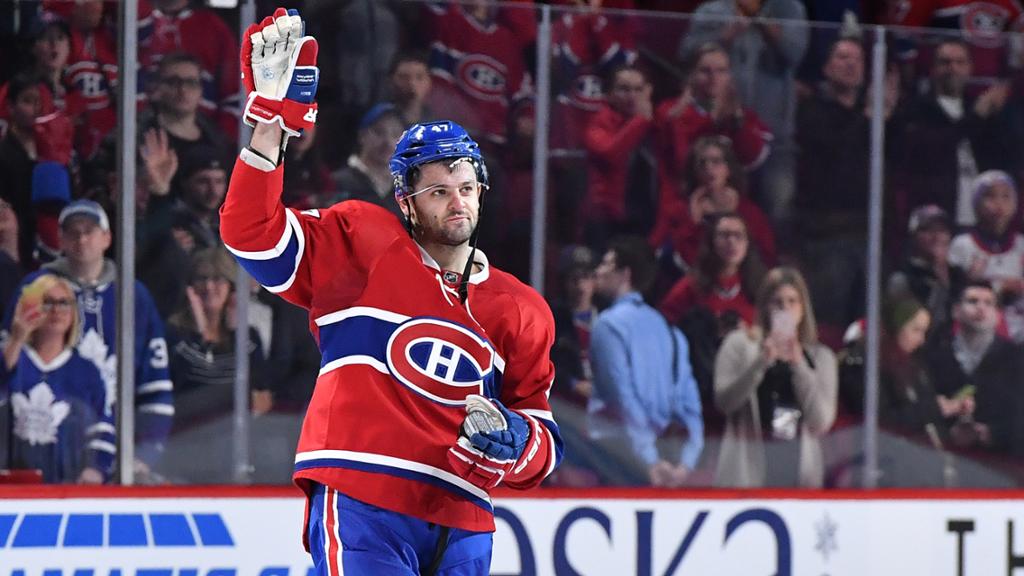 A busy offseason continues for GM Marc Bergevin and the Montreal Canadiens. On Monday, they shuffled a pair of right wingers with the Dallas Stars.

Alexander Radulov is gone after one spectacular season with the Canadiens.

The soon to be 31-year-old Russian forward has signed a five-year, $6.25 million contract with the Stars. The Canadiens quickly moved to plan B, signing Ales Hemsky to a one-year, $1 million contract.

In the short term, the Canadiens are undoubtedly worse after this swap of players. Radulov had a wonderful return to the NHL last season, scoring 54 points (18-36-54) in 76 games to go with seven points (2-5-7) in six playoff games.

But Radulov is not a player that should be re-signed at all costs. Handing out a five-year contract to a player of his age is risky, so you’d better be sure about the player you’re getting.

In the end, the Habs weren’t sure enough.

Taking Radulov’s place is skilled winger Ales Hemsky, who is a veteran of 838 NHL games. Hemsky, who turns 34 before next season, had an injury-riddled 2016-17 and was limited to just 15 games with the Stars.

The Czech Republic native is a pass-first winger, who should help the Canadiens’ power play.