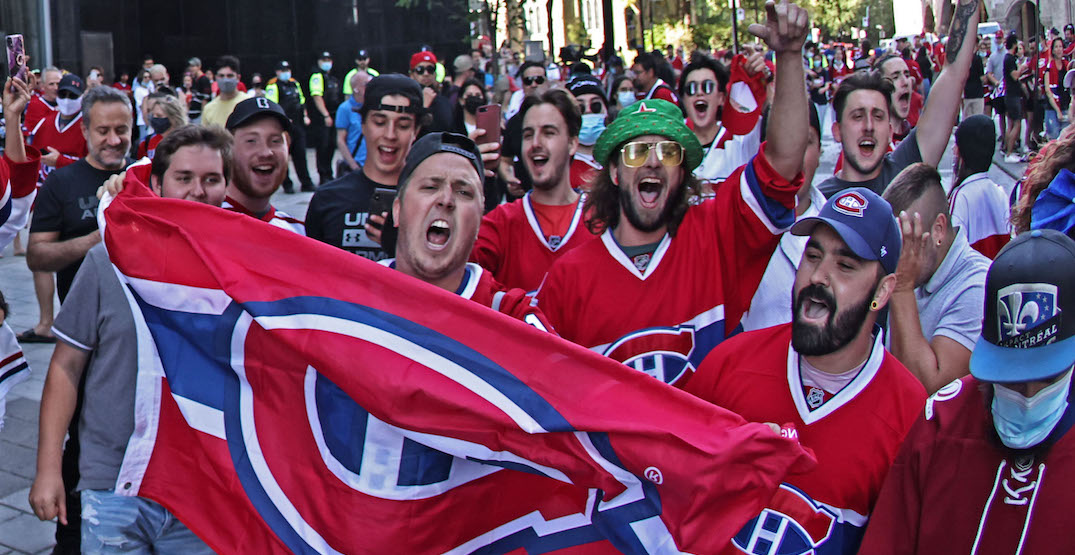 The Montreal Canadiens don’t return home until Game 3 on Friday, but the team will be hosting fans at the Bell Centre for Game 2 on Wednesday.

Canadiens Executive Vice President and Chief Commercial Officer France Margaret Bélanger told reporters today that the Canadiens will host 3,500 fans at the arena to watch the game in Tampa on the big screen.

“We’re opening our doors tomorrow, Wednesday, at the Bell Centre — still at 3,500 people to give the chance for people to come get the experience at the Bell Centre… with our game on the big screen,” Bélanger said, responding to a question in French.

Tickets to the event are $10, and available right now through Ticketmaster.

Masks are mandatory, and social distance protocols will be in effect for everyone in attendance, the Canadiens announced.

In addition to the game, the Habs are preparing a full pre-game opening show, featuring a special lighting installation from Montreal-based PixMob. Team mascot Youppi! will also be in attendance.

“In this unprecedented year, the support and passion we’ve seen from our fans across the city, province and beyond these entire playoffs has been incredibly inspiring to our organization and the players themselves,” Bélanger said in a media release. “While we share your disappointment we can’t be hosting crowds at full capacity and conducting formal large-scale outdoor gatherings, we’re happy to nevertheless extend access to our building for events such as these so as many people as possible can experience the Stanley Cup Final in the unparalleled setting of our arena.”

The TVA Sports French-language national broadcast will be shown. Doors will open at 6:30 pm, prior to the 8 pm game.

Bélanger also confirmed the Canadiens’ intent to boost capacity to 50% for games beginning on Friday, with the hope that discussions with Quebec government and public health result in 10,500 fans at Stanley Cup Final games in Montreal.

“Bell Centre is two million square feet, so we’ve got a lot of space, and we intend to use that space to make sure that [everyone is] distanced from one another with the family bubble, and we’re very confident that we can actually do that,” said Bélanger, who added that mask-wearing would still be required.