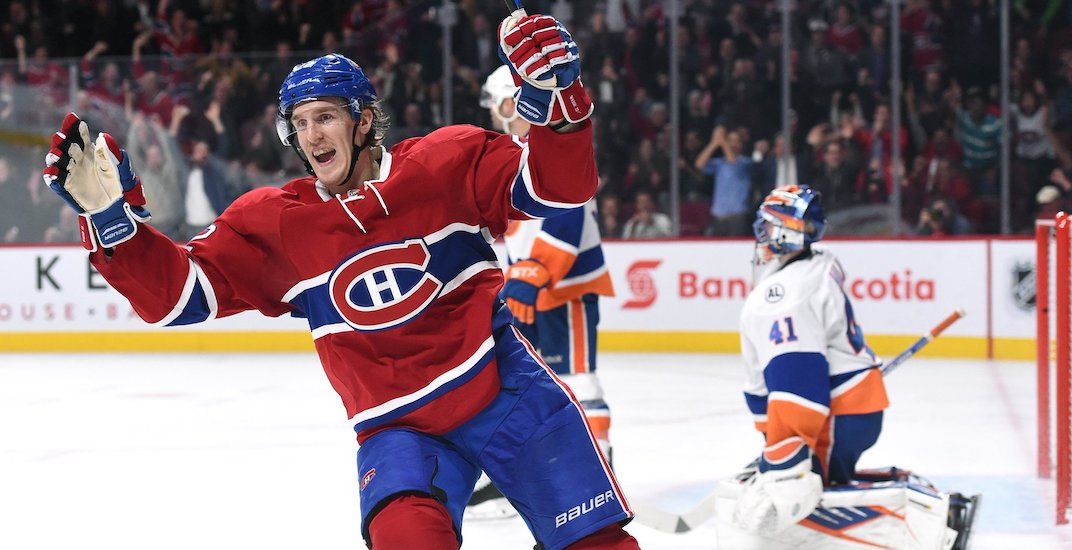 Dale Weise is coming back to Montreal, as Canadiens GM Marc Bergevin completed a four-player trade with the Philadelphia Flyers on Saturday.

The Canadiens get Weise and defenceman Christian Folin in exchange for defenceman David Schlemko and centre Byron Froese.

Weise, 30, had his most productive seasons with the Canadiens, scoring 59 points in 152 regular season games from 2014 to 2016. He was a playoff hero of sorts in 2014, helping the Canadiens upset the Boston Bruins with a goal in Game 7 of their second-round series. Weise also scored an overtime winner in Game 1 of Montreal’s four-game sweep against Tampa Bay that same spring.

The 6-foot-2, 206-pound winger hasn’t been able to match his production since leaving the organization in 2016, and has just 11 points in 42 games with the Flyers this season, averaging 12:08 of ice time per night.

Recently, Weise was sent down to the AHL, which is where he’ll start in the Canadiens’ organization as well. Though don’t be surprised if he gets a recall before the playoffs. He’s under contract until the end of next season, carrying a $2.35 million cap hit.

In Folin, the Canadiens get a 28-year-old Swedish defenceman with 209 games of NHL experience. A depth defenceman with the Flyers this season, the 6-foot-3, 204-pound blueliner has two assists in 26 games, averaging 15:33 of ice time per game.

Montreal is giving up Schlemko, an analytics darling in the deal. The 31-year-old journeyman defenceman has only two assists in 18 games this season, but has the second-best Corsi-For percentage among Habs d-men.

Schlemko is under contract for one more season, at a $2.1 million cap hit. Both Folin and Froese are unrestricted free agents at season’s end, with each currently making $650,000.

Froese, 27, has played the entirety of this season with Laval in the AHL, after playing 48 games for the Canadiens last season. The 6-foot-1, 196-pound forward has 30 points in 46 games for the Rocket this season.