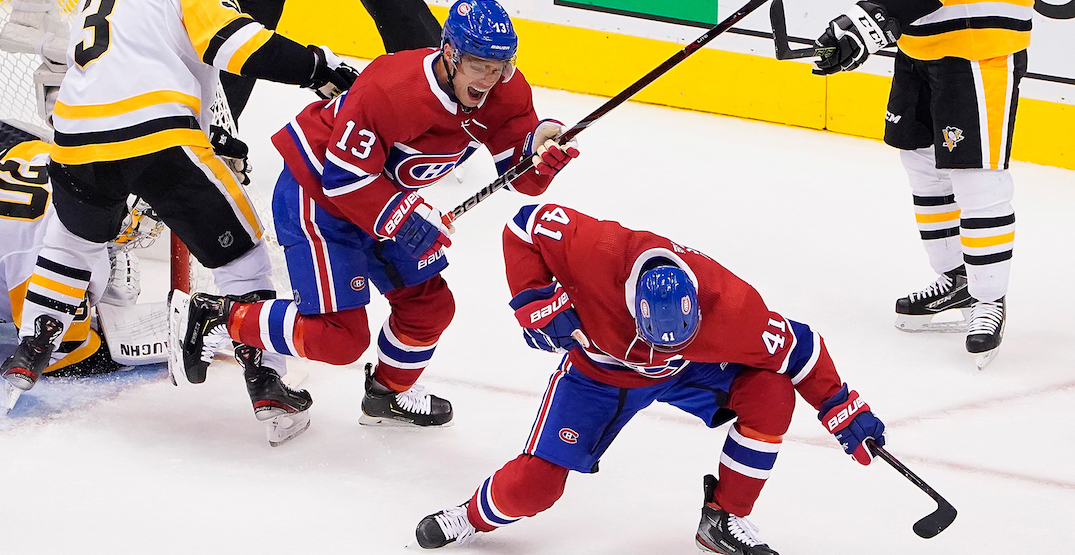 The Pittsburgh Penguins are on the brink of elimination after a 4-3 win by the underdog Montreal Canadiens in Game 3.

Just as he did in Game 1, Jeff Petry played the hero for the Canadiens tonight.

Petry sniped his second goal of the series past Matt Murray 5:34 into the third period to give the Habs a 4-3 lead.

The Penguins controlled the play early on in each of the first two games of this series, but the Habs came out much sharper tonight. They had a few quality chances off the rush in the first few minutes, and at the 4:57 mark, Shea Weber jumped up to join a rush and ended up putting home a rebound to open the scoring.

Given that this has been a low-scoring series and the team that scored first won each of the first two games, this was exactly the start the Habs were looking for.

Penguins head coach Mike Sullivan challenged for goaltender interference but the goal stood. Pittsburgh was penalized for the unsuccessful challenge, but Sullivan probably wasn’t too worried about that, given how bad Montreal’s power play looked in the first two games.

It again didn’t come through, and then Ben Chiarot took a slashing penalty.

On the ensuing power play, Patric Hornqvist buried a cross-ice pass from Evgeni Malkin to tie the game.

There was a delayed penalty on Weber for cross checking when Hornqvist scored, so the Penguins went right back to the power play. They again capitalized, as Jason Zucker found the back of the net for the second straight game.

Montreal’s penalty kill was terrific in the first two games, but the Penguins have too much talent they can throw out on the power play for the Habs to continue taking so many penalties and not eventually have it start biting them. Their undisciplined play undid what was a strong start to this game.

At 5:34 of the second period, former Jet Brandon Tanev turned on the jets to beat Victor Mete to a puck. Tanev threw the puck out in front to Zach Aston-Reese, who Carey Price made the initial save on, but Teddy Blueger crashed the net and put home the rebound.

The Habs were able to get back within a goal at the 10:13 mark when Jonathan Drouin deflected in a shot from Chiarot.

Drouin finally got the gorilla off his back, scoring his first goal since October 31 and his first point since November 9.

Then at the 15:50 mark, shortly after a Montreal power play expired, Paul Byron tucked a wraparound in by Matt Murray to tie the game.

Right when the game looked like it may be getting away from the Canadiens, they fought back with a pair of goals to head into the second intermission with the game tied.

The Habs were successfully able to steer home the third period lead that Petry gave them, killing off a late hooking penalty by Byron in the process. Montreal will now have two chances to finish off this stunning upset. The Canadiens can eliminate the heavily-favoured Penguins with a win in Game 4 on Friday at 4 pm ET in Toronto.